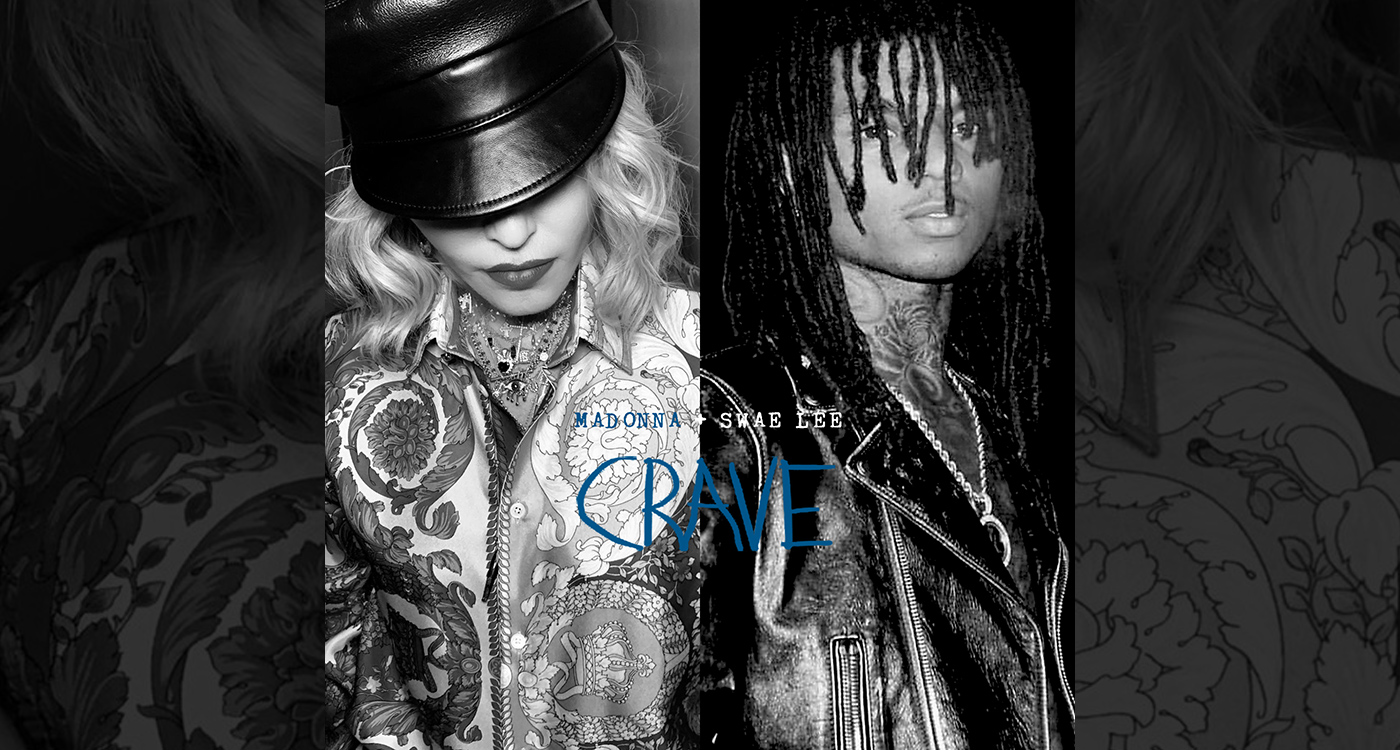 Madonna today released “Crave” featuring Swae Lee and co-produced with Mike Dean and Billboard. Co-written by Madonna and Starrah, "Crave" is the third track of five songs to be previewed before her highly-anticipated new studio album Madame X debuts globally on June 14. Following the release of the critically-acclaimed “Medellín” and the empowering “I Rise,” additional songs to be shared with fans include the Jamaican dancehall vibes of “Future” featuring Quavo on May 17, as well as the sonically innovative “Dark Ballet” on June 7. Listen to “Crave,” HERE. The music video for “Crave” is coming soon.

Madonna announced earlier this week her Madame X Tour, a series of rare and intimate performances taking place exclusively in theaters in select cities. Demand was so overwhelming, additional shows have already been confirmed and are available for ticket request alongside the original shows through Friday, May 10 at 11:59pm ET. In New York, 12 shows are confirmed at the BAM Howard Gilman Opera House on September 12, 14, 15, 17, 19, 21, 22, 24, 25, 26, 28 and October 1. In Los Angeles, nine shows are set at The Wiltern for November 12, 13, 14, 16, 17, 21, 23, 24 and 25. Shows at the Chicago Theatre are on October 15, 16, 17 and 21. The Madame X Tour will also visit Las Vegas, Boston, Philadelphia, Miami, Lisbon, London and Paris. Dates and details on those cities to come in the near future. Tickets and further information is available at madonna.livenation.com. Here is a link to a video from Madonna about the Tour: https://madonna.lnk.to/TourVid.

Of “I Rise,” NME says the song, “is politics and positivity combined,” while Rolling Stone calls the song, “Uplifting” and Billboard says its, “Powerful.” NPR says, “Medellín is a carefully dosed combination of…coolly narcotic dance-pop…and energetic reggaetón,” while Entertainment Weekly declares the song is, “A breezy, summer-ready anthem…” The Guardian says, “Medellín is a potent reminder of Madonna’s deft history of meshing genres.”

Madame X from Live Nation, Interscope Records and Maverick will come in a standard and deluxe version of the album and is now available for pre-order. Album pre-orders include a download of “Medellín,” “I Rise” and “Crave,” which is available across Apple, Spotify (pre-save), Amazon and all DSPs. Exclusive album pre-order bundles with limited edition merchandise are now available direct from Madonna's online store.