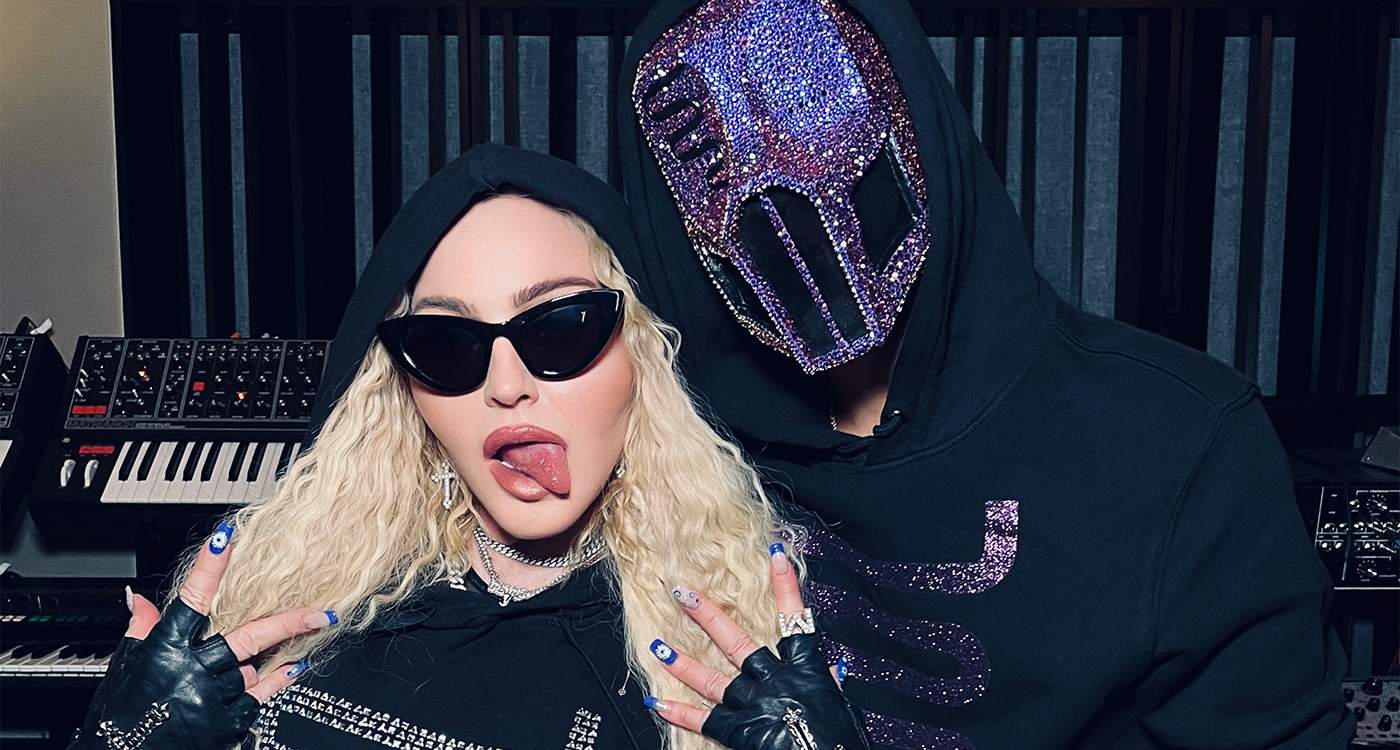 May 19, 2022 (Los Angeles, CA) – Today, Madonna and Sickick unleash an alluring take on her 1998 classic “Frozen,” now dubbed “Frozen on Fire,” via Warner Records. Listen HERE. Both Madonna and Sickick recorded fresh vocals for the track, which includes a brand-new verse, remaking the iconic single into an ecstatic trap collaboration.

Much like Sickick’s original remake of “Frozen,” this new version completely reinvents the beloved track. Singing alongside Sickick, Madonna offers a new verse that elevates the immortal club anthem to new heights.

This is the fourth iteration of “Frozen” to arrive since Sickick first reinvented the song on TikTok in 2021, which led to massive viral success. In March, an emotional remix of the track featuring Nigerian singer Fireboy DML was released, followed, a month later, by a version featuring New Jersey’s 070 Shake. Each provided their own specific take, building on Sickick’s dazzling production. “I was jealous that everyone else was singing on my track,” Madonna says. “I wanted to remind people that I wrote this song.” Now, with “Frozen on Fire,” Sickick takes center stage with the pop icon, adding his own vocals to the shape-shifting track.

So far, Madonna and Sickick’s viral collab has amassed over 125 million streams globally and soundtracked nearly 1M TikTok videos, a number that’s sure to continue to explode with this new rendition.

Sickick just wrapped his Sickmix tour is set to light up iconic festival stages later this year at Tomorrowland, Saga Festival, and Rock in Rio in Brazil. More tour dates will be announced soon, including a fully routed hard ticket tour of North America this fall.

And Madonna is only getting started in 2022. Earlier this month, she announced the release of FINALLY ENOUGH LOVE: 50 NUMBER ONES, a 50-track remix collection that explores the singer’s dominance on the Billboard Dance Club Chart for over forty years. The release—due out August 19, with a 16-track version called FINALLY ENOUGH LOVE due June 24—is a celebration of Madonna’s music and her homage to dance culture through the years.

Comments
2
You must be a logged-in member to add comments.
SIGN IN / SIGN UP
May 25, 2022 posted by danaguy71
Love It!!
How about a contest/giveaway/purchase option for a SIGNED LP limited vinyl/single version of this? That would be SO AWESOME!!! Are you listening Johann?? XOXO!! :)
May 19, 2022 posted by danaguy71
Love IT!!
I watched the video/listened today. It's REALLY good! Would love for this to be released to radio, get played, and chart on billboard!!
Newer comments    1 - 2 of 2    Older comments