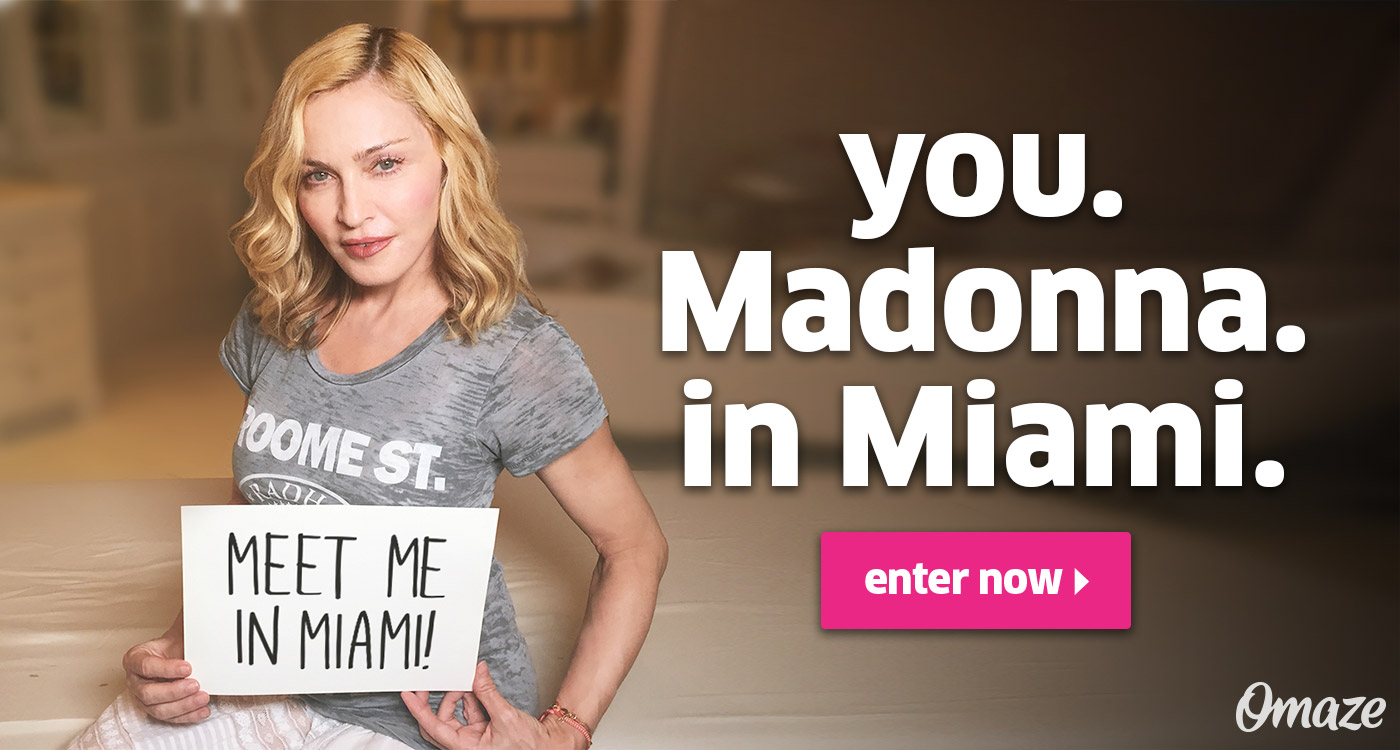 August 16, 2016, Los Angeles – Madonna’s birthday wish this year is to further help the children of Malawi, and today the international, award-winning musician and philanthropist has teamed up with Omaze, an online giving platform, to launch a global campaign to support her charity, Raising Malawi and its project to build Malawi’s first pediatric surgery and intensive care unit. The 5-week campaign kicks off on August 16, 2016 – Madonna’s birthday – and will help create a “Rebel Heart” playroom in the pediatric facility. The campaign concludes on September 15, 2016, at which time a grand prize winner will be randomly selected to join Madonna at Art Basel in Miami.

“Being a Rebel Heart means fighting for what you believe in, with love,” said Madonna. “For my birthday, I’m asking all of my Rebel Hearts to join me in bringing health and happiness to the children of Malawi."

A hospital can be an unfamiliar and worrying environment for children and their families. The Rebel Heart playroom will provide a calm, joyful space for the children to play and learn, which will help improve both their physical and emotional health.

In July, Madonna visited Malawi to review construction progress of the pediatric facility which will double the number of pediatric surgeries performed in a country where 50% of the population is under 15 years old.

“Madonna’s had such an extraordinary impact on the world,” said Matt Pohlson, Omaze co-founder and co-CEO. “We’re so excited to work with her and look forward to a successful Omaze campaign benefiting Raising Malawi.

It’s an honor to partner with this incredible organization and support them as they change children’s lives through health, education and community programs.”

The campaign is a special way for fans to join Madonna as she gives back, and in doing so, fans can earn rewards, including exclusive signed memorabilia and merchandise for their donations. Through the Omaze platform (www.Omaze.com/Madonna), fans can donate as little as $10 for the once-in-a-lifetime chance to spend time Madonna at Art Basel. Proceeds from the campaign will benefit the Rebel Heart playroom.

Visit Omaze.com/Madonna to learn more and enter for your chance to win and support Madonna’s birthday wish.

About Raising Malawi
Founded by Madonna in 2006, Raising Malawi addresses the poverty and hardship endured by Malawi's orphans and vulnerable children. Raising Malawi partners with local organizations to provide Malawian children and their caregivers with critical resources including medical care and education. http://www.raisingmalawi.org

About Omaze
Founded by writer/filmmakers and friends from college, Matt Pohlson and Ryan Cummins, Omaze is an experience-driven fundraising platform that leverages the power of storytelling and technology to radically change charitable giving. Since launching in 2012, Omaze has impacted more than 125 charities and received donations from over 175 countries. For more information, visit omaze.com.

Comments
1
You must be a logged-in member to add comments.
SIGN IN / SIGN UP
September 03, 2016 posted by miamimadonna
I'll donate now
Can't wait to meet you in my beloved Miami!! I love you Madonna!! Kisses from beautiful Spain.
Newer comments    1 - 1 of 1    Older comments