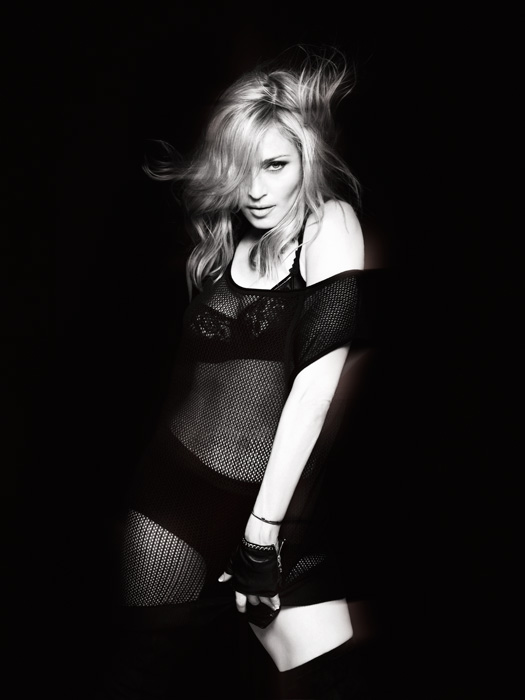 July 03, 2012
Madonna proved to be 2012's ultimate pop star in Billboard.com's Mid-Year Music Awards poll, which let fans weigh in on their favorite artists, songs, albums and performances of the first half of this year. After voting ended on Friday (June 29) and the hundreds of thousands of votes were tallied, Madonna was declared the winner of the First-Half MVP trophy.

Madonna, whose 12th studio album "MDNA" was released last March, highlighted the first half of 2012 by performing at the Super Bowl halftime show, scoring another No. 1 on the Billboard 200. In Billboard.com's poll, the pop superstar snagged the most votes in the Best TV Performance category and the third-most clicks for best Billboard 200 No. 1 Album. Her appearance alongside electronic star Avicii at Ultra Music Festival was also named Best Festival Performance in a romp.

Source: Billboard.com
Comments
12
You must be a logged-in member to add comments.
SIGN IN / SIGN UP
September 21, 2012 posted by Antara
Madonna Rules Billboard
Madonna, you easily accomplish this feat..You don't even have to think about it..Just do your graceful movements when you dance and sing..Oh, before I forget, you're an excellent actress..you didn't forget your work in Evita, did you?..Alan
July 12, 2012 posted by
CONGRATULATIONS
MY QUEEN
July 08, 2012 posted by mmdonaghy
me
Just wanted to let madonna.com know that I think Madonna is the most gifted female artist known to mankind. I hope one day I get to meet her.
July 07, 2012 posted by Fabiola_Correa
So chic
In my opinion, the wardrobe of MDNA Tour is the most chic ever!
July 07, 2012 posted by br1pet
MDNA
There's only just one Queen and that's MADONNA! Bruno
July 07, 2012 posted by
congratulations
my love
July 05, 2012 posted by hugooo
LOVE U MADGE
YOU ROCKÂ¡Â¡Â¡
July 04, 2012 posted by rabbitbunny
Michigan's Poet Laureate-Yeah, baby!
Congrats My Heartland Queen Rocker! M-A-D-O-N-N-A! You Truly Deserve It! Leading Up to Today!-I Thank You for Inspiring Me Lady Ciccone! Bless your heart! Your #1 Rabbit Fan, Leopold! Hop! OXO Lots of Love!
July 04, 2012 posted by djstephenv
CONGRATS M
You're the best artist of ALL TIME. No one even comes close to what you offer as an artist. You are totally a shining star and your light is brighter now than EVER. I see your light and it shines so bright. XOXOXOX, â•šDJâ•¦STEPHENâ–ºVâ•— HOUSTON, TEXAS, USA
July 03, 2012 posted by AndersonR
Yeah!!!
Who is the QUEEN??? M.A.D.O.N.N.A!!!
July 03, 2012 posted by luisjrnav
Congrats!
You deserve every award for all your dedication and hard work you put for the world. You will always have my vote!
July 03, 2012 posted by ayu
That's Right Baby"! =D
Congrats"! this have been such a successful year... So happy for you my queen"! Keep going for More"!! =D
Newer comments    1 - 12 of 12    Older comments