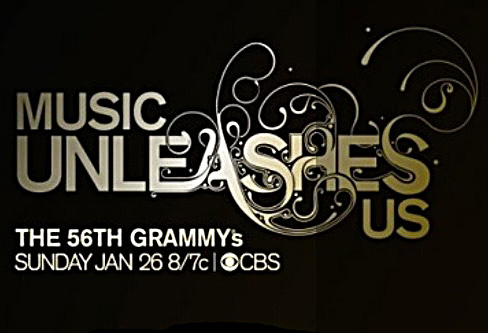 Madonna Set To Perform On The 56th Annual Grammy Awards

January 24, 2014
The latest performers for the 56th Annual GRAMMY Awards telecast were announced today and they include: seven-time GRAMMY winner Madonna.

Two-time GRAMMY winner LL COOL J returns as host of Music's Biggest Night. The music industry's premier event will take place live on Sunday, Jan. 26, 2014, at STAPLES Center in Los Angeles and will be broadcast in high-definition TV and 5.1 surround sound on the CBS Television Network from 8 - 11:30 p.m. (ET/PT). The show also will be supported on radio worldwide via Westwood One, and covered online at GRAMMY.com and CBS.com. For GRAMMY coverage, updates and breaking news, please visit The Recording Academy's social networks on Twitter, Facebook, and Instagram.
Comments
13
You must be a logged-in member to add comments.
SIGN IN / SIGN UP
January 31, 2014 posted by
Installation cinÃ©ma maison
She is no doubt the best and she has already performed there and also she is Grammy winner so this is much to say how awesome she is. I am desperately waiting for that moment.
January 29, 2014 posted by leighart11
:)
You bring us joy ~ and so much love ~ Thanks Madonna, thank you so much my friend.
January 28, 2014 posted by rabbitbunny
Open Your Heart!
That was a beautiful version of Open Your Heart. Love you Madonna-Brilliance and Sadness-Love to you and the kids!!
January 27, 2014 posted by Antara
Grammy Awards
I'm glad Madonna is mentioned in association with this event; she earned ever so much this recognition..
January 26, 2014 posted by rabbitbunny
grammy performance!
Go for it Madonna!!
January 26, 2014 posted by imaverick
iMaverick
I hope she's not Late!
January 25, 2014 posted by makeevalex
Grammy Award, vote for Madonna!
Since I was born I know you Of you've been written in the sky Revolution of love coming soon Lead us ahead of the sun and moon It's everybody’s choice to die or fly
January 24, 2014 posted by VicB
YEAH!!!
THIS IS FANTASTIC!!!
January 24, 2014 posted by steveh9
Grammy Performance
I am so happy that Madonna will be performing,as I am going!I am also going the the Beatle tribute the next night,and hoping that Madonna will perform for that great show also!
January 24, 2014 posted by xpdri
Yeeeeeeeeeees
I'm so happy!!! Congratulations Madge!!! I wish so much lucky!!! You are the best, showing who is the queen﻿
January 24, 2014 posted by rabbitbunny
grammy performance!
Hop Maddy! I CAN'T WAIT FOR YOUR NEXT REINVENTION! LOVE YOU MADONNA-RABBITBUNNY FROM OUTSIDE OF BALTIMORE!
January 24, 2014 posted by LaIslaMaria
Grammy Awards
i will be watching-i think she is gonna jam on her guitar ?
January 24, 2014 posted by madlrnt
AWWWWWWWW
2014 keeps getting better. Fantastic news. I will def host a Grammy party.
Newer comments    1 - 13 of 13    Older comments