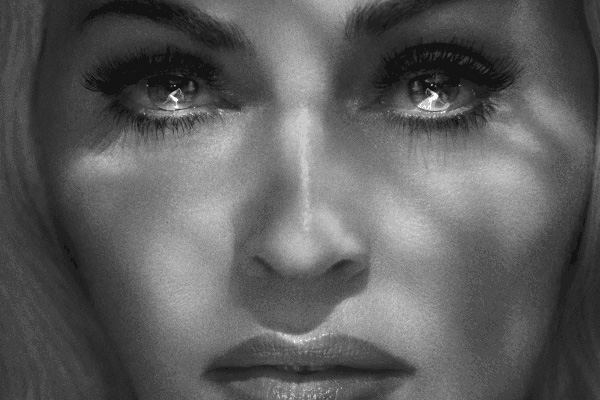 November 04, 2013
UPDATE: In addition to the #ArtForFreedom live curation, which is now set to start by 4:30pm EST on November 13, you can also ask Madonna Art For Freedom related questions, some she will answer on Wednesday. Do to so, visit http://madonna.tumblr.com/ask now!

Art for Freedom, the global digital initiative co-founded by Madonna to fuel free speech and address intolerance around the world thru art has joined with Tumblr for the month of November to collectively curate a new collection of entries from their community of visual artists. The best submission of art, photography, video or poetry chosen by Madonna and Tumblr from the November entries will receive a $10,000 grant, which will go to a nonprofit organization or project of the winning artist's choice. All projects must be focused on a social justice issue and exemplify the values of Art For Freedom.

To submit art work, artists can go to http://madonna.tumblr.com and click the "submit your art for freedom" button. All submitted artwork will be available on the site. On November 12, Madonna will conduct a live curation on Tumblr where she will comment on the submissions. The final winner will be announced in early December.

"The Tumblr community is rich with people who are passionate about music, art and social causes.. We're excited to partner with Madonna on the Art for Freedom project and to see what she can bring out of them," commented Tumblr's Nate Auerbach.

Madonna began Art For Freedom in partnership with Vice in September by posting Secretprojectrevolution, a 17 minute film she created with Steven Klein. The film has been projected in over several cities around the world, including most recently Tel Aviv, Jericho and Rio de Janeiro.

Tumblr is a media network powered by an army of independent creators and home to an audience of more than 300 million unique visitors. Founded by David Karp in 2007, Tumblr is headquartered in New York City.
Comments
5
You must be a logged-in member to add comments.
SIGN IN / SIGN UP
November 08, 2013 posted by bjorketo28
Mexico
Yeah !! GanÃ³ un mexicano, felicidades a Lesmack !!!...
November 07, 2013 posted by LaIslaMaria
art attack
i love when M does these art curations-great idea !!
November 05, 2013 posted by rabbitbunny
Art for Freedom
Madonna, it's brilliant you're doing this!-much love from outside of Baltimore, Rabbitbunny! OXO
November 04, 2013 posted by VicB
Just Great!
This is great news!!!
November 04, 2013 posted by Antara
Art For Freedom
I admire Madonna's entertaining,music,and her political speeches....So, Madonna, keep up the great work....Many admire you world wide..
Newer comments    1 - 5 of 5    Older comments