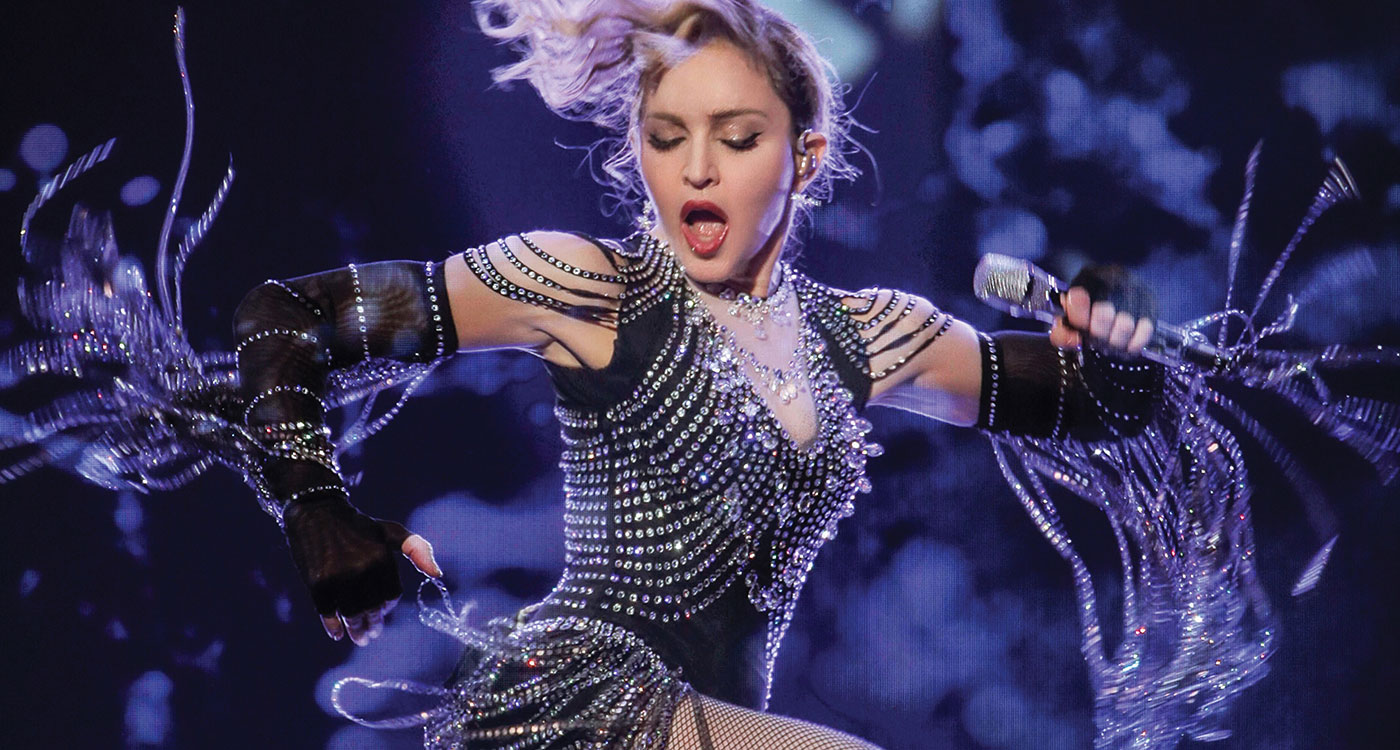 NEW YORK - October 21, 2016 - Today, Showtime Networks and Madonna have announced that her highly-anticipated concert film, MADONNA: REBEL HEART TOUR will premiere on December 9 at 9p.m. ET/PT on SHOWTIME, on-air, on demand and over the internet. MADONNA: REBEL HEART TOUR was shot around the world and features a collection of live and behind these scenes footage culminating in performances at the Sydney Olympic Park in March of this year. The film is co-directed by Danny B. Tull and Nathan Rissman, both of whom have worked extensively with Madonna on her feature films and tour movies. Madonna will be honored later this year as Billboard magazine's 2016 Woman of the Year award, at a star-studded event held in conjunction with the publication of Billboard's Women in Music list, which identifies the 50 most powerful female executives in the industry each year. For a first look at MADONNA: REBEL HEART TOUR, go to: https://youtu.be/Ql45ciCOnAo.

"When it comes to putting on a show, there is only one Madonna - an iconic performer that we're thrilled to have on our air," said David Nevins, President and CEO, Showtime Networks Inc. "With her unique creative vision and unmatched stage presence, our viewers will see an arena show packed with visual theatrics, stunning costumes and intricate choreography, featuring new hits and beloved classic songs."

As the premier destination for the best concert films and music documentaries, MADONNA: REBEL HEART TOUR joins a growing list of Showtime Documentary Films featuring music's biggest names including recent concert films from The Who, The Rolling Stones, Lenny Kravitz, One Direction, Mumford & Sons, U2, The White Stripes and Paul McCartney, along with the documentary films featuring Michael Jackson, David Bowie, The Eagles, Nas, The Police, Elvis Costello, Public Enemy, Ozzy Osbourne, Kings of Leon and Billy Joel. For more information on the SHOWTIME Music Makers collection, go to SHO.com/documentaries.

The set list for MADONNA: REBEL HEART TOUR spans all decades of the iconic superstar's illustrious career, including songs from Rebel Heart (the No. 1 dance hits "Living for Love" and "Bitch I'm Madonna") to classic fan favorites like "Material Girl" and "Holiday" and a "Dress You Up" medley that included "Get Into The Groove," "Everybody" and "Lucky Star." Memorable highlights from the tour include her first-ever live concert performance of "Take a Bow," acoustic versions of "Like A Prayer," "Secret" and "Don't Tell Me."  At each tour date during the song "Unapologetic Bitch," Madonna would bring someone up from the crowd to dance with her during the song. Some nights it was a fan, another night it was Katy Perry. Other guest dancers included: Amy Schumer, Ariana Grande, Jessica Chastain, Idris Elba, Diplo, Gwendoline Christie, Graham Norton and Anderson Cooper.

Produced by Live Nation Global Touring, the Rebel Heart Tour kicked off on September 9, 2015 in Montreal and visited arenas in 55 cities on four continents over seven months. Madonna performed 82 shows, plus a special fan club show in Melbourne. The tour grossed $169.8 Million with 1,045,479 in attendance, making her the top grossing touring female artist in the history of Billboard Boxscore with over $1.31 billion in ticket sales sold over the course of her career. Madonna is also the fourth top grossing touring act (behind The Rolling Stones, U2 and Bruce Springsteen) since tracking began in 1990.

Madonna also recently announced special evening of music, art, mischief and a live performance on December 2, 2016 to benefit Raising Malawi, the non-profit she founded in 2006.  Raising Malawi is currently constructing Malawi's first pediatric surgery and intensive care unit which will double the number of life-saving surgeries performed on children each year, provide intensive care after critical surgeries and train specialized Malawian medical staff. The facility, which will be called the Mercy James Institute of Pediatric Surgery and Intensive Care, will open in 2017.

Comments
6
You must be a logged-in member to add comments.
SIGN IN / SIGN UP
May 29, 2017 posted by akarpenko
working on the extras?
i believe that M said that she was working on the dvd to include some extras like the clown show that she did in Melbourne. The concert featured on Australian tv.. loved it! please come back to Australia! xox
November 23, 2016 posted by LaIslaMaria
hi Madonna & Johann & the ICON team
Have a beautiful & peaceful THANKSGIVING holiday-L U V you guys xoxo David H.
November 23, 2016 posted by peterl
Rebel Heart on Spotify or iTunes?
is the Rebel Heart going to be in Spotify as a PlayList?
November 13, 2016 posted by runner
DVD?
Will this concert be release on DVD or as an iTunes download?
October 26, 2016 posted by maverick78
DVD or BLU-RAY
could you please tell us the release dates for dvd br and cd (hopefully the whole concert on 2cds) ???
October 25, 2016 posted by VicB
CONGRATS!!!
LUV IT!!!
Newer comments    1 - 6 of 6    Older comments