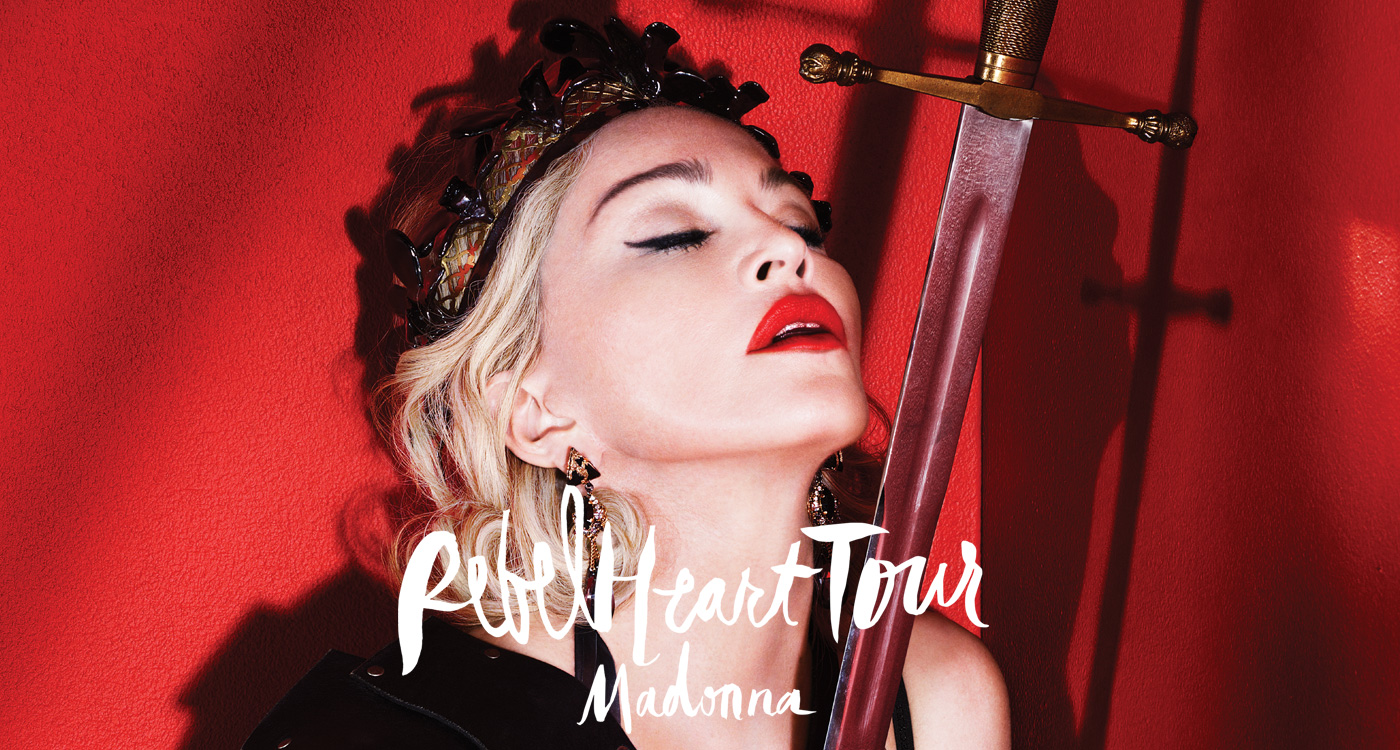 Madonna today unveiled the fashion designers with whom she is collaborating for her costumes on her highly anticipated Rebel Heart World Tour. The list includes Alessandro Michele for Gucci, Alexander Wang, Fausto Puglisi, Jeremy Scott for Moschino, Nicolas Jebran, Miu Miu, Prada and Swarovski. Costume designer Arianne Phillips will be overseeing the wardrobe for the Rebel Heart Tour and will also contribute designs, marking her sixth tour with Madonna.

The Rebel Heart Tour will kick off on September 9th in Montreal, Quebec at Bell Centre and visit cities throughout North America, Europe, Asia and Australia. Since the tour was announced this past spring, due to overwhelming demand, multiple shows have been added in cities across the world including: Montreal, New York City, Toronto, Miami, Koln, Turin, Barcelona, Berlin, Sydney, Melbourne, Manila and more. Diplo will open the Rebel Heart Tour in Montreal on September 9th and 10th, and Amy Schumer will open the two dates at New York’s Madison Square Garden and the Barclay Center in Brooklyn.

Comments
4
You must be a logged-in member to add comments.
SIGN IN / SIGN UP
August 14, 2015 posted by claudiar
Latinamerica Tour
Hope to see Madonna in Mexico, we love you, please don't forget us
August 13, 2015 posted by chispita01
vogue
Increíbles diseñadores para este tour!!bravo
August 12, 2015 posted by AngelaMarie
I'm begging you to please come to Denver
I am a tremendous fan (25 yrs), I've never been able to go to a show, I'm in Denver, please stop here for a show. I'm sure there's an overwhelming demand, it's beautiful here you won't regret it. My Secret laws of attraction are saying 'I can't wait to see you in Denver!' Thank you!
August 12, 2015 posted by mariejolie
Bienvenue!
Montreal is welcoming you Madonna.It is an honour for us to have the privilege to see Rebel heart tour at first.Can't wait until sept 9th at Bell Center.Montreal will vibes at Madonna rythmes on that day!
Newer comments    1 - 4 of 4    Older comments