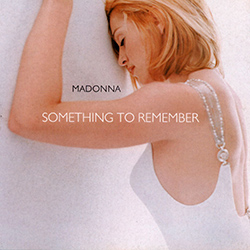 One of the first albums of its kind, Madonna's 1995 ballads collection "Something To Remember" gathered her most notable down tempo numbers from her career. Some tracks on the album, including "This Used To Be My Playground" and "I'll Remember," were making their first appearance on a Madonna set. Three new songs were recorded for the album including a cover of Marvin Gaye's "I Want You," a collaboration with Massive Attack. Two other new tracks, "You'll See" and "One More Chance," both written and produced with David Foster, rounded out the album. "Something To Remember" peaked at No. 6 in the U.S. and No. 1 in Australia; it achieved top five status in most other countries.