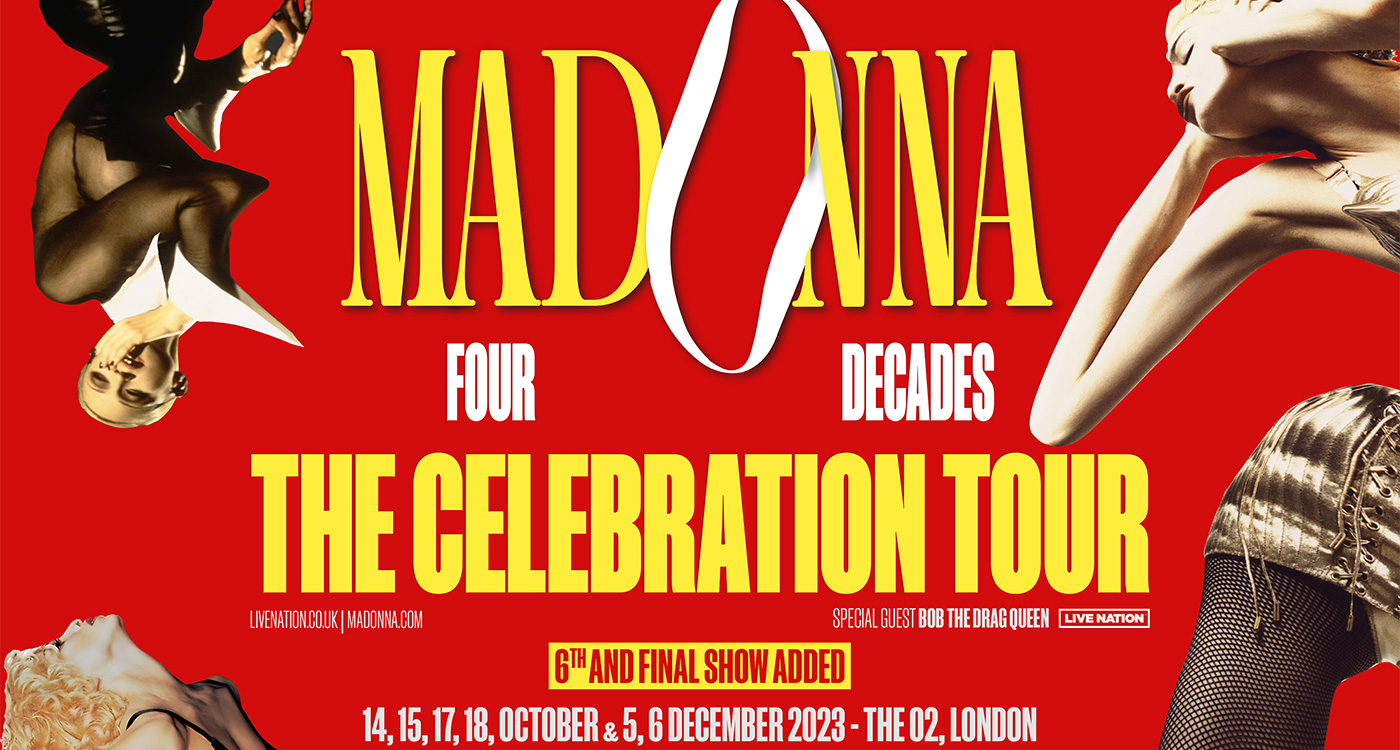 As part of her huge Celebration Tour, Madonna has added a sixth and final London date to her schedule, performing at London’s The O2 on Wednesday 6th December.

Madonna, the best-selling female solo touring artist of all time, announced that The Celebration Tour has sold-out 36 shows and counting across Toronto, Chicago, New York, Los Angeles, London, Paris and more, with over 600,000 tickets sold.

Due to overwhelming demand, 36 new dates have now been added across North America and Europe. The global run now includes second shows in Miami, Las Vegas, Milan, Barcelona and more as well as four nights in Paris, six nights in New York and Los Angeles, and a newly announced sixth and final night in London, with multiple added dates already sold-out.

The Celebration Tour will kick off on Saturday, July 15th at Rogers Arena in Vancouver, BC with stops in Phoenix, Seattle, Denver, and more before making its way to Europe where she will perform in 11 cities throughout the fall, including Antwerp, Copenhagen, Paris and Stockholm, among others. The Celebration Tour will then return to London to on Tuesday 5-December and Wednesday 6th December at The O2 to wrap up the European tour before returning to North America for additional and newly confirmed dates.

Following Madonna’s viral video that announced the tour last week, the response has been outstanding, with fans looking forward to seeing the best-selling female solo touring artist of all time perform her unmatched catalog of music from the past 40 plus years in a live setting. Building off the excitement of last week’s announcement, Madonna has turned directly to her fanbase as she builds out her Celebration Tour setlist, asking her fans “What song would you like to dance to at my show?” on her social platforms.

TICKETS: Tickets for the newly announced sixth London show on 6th December go on sale Wednesday 1st Febraury at 9am at madonna.com

FAN CLUB PRESALE: Legacy members of Madonna’s Official Fan Club will have a pre-sale opportunity beginning on Tuesday, January 31st at 9am through 6pm GMT.

AMEX INCLUSION FOR U.K.: American Express Cardmembers can get access to tickets by heading to ticketmaster.co.uk/americanexpress and don’t miss your chance to see Madonna live on stage! Terms and Conditions apply.