‘Celebration’ Video Exclusive Download & Album Pre-Order
The time has come Madonna fans! The 'Celebration' video directed by Jonas Akerlund has just been released and we have a related surprise for you: It's a Celebration, right? So let's all join the fun: Click here to download the full video now!

Please note that this download special is available for a limited time only so make sure to join the party before it's too late!

You want more? The Celebration album is now available for pre-order from iTunes! Pre-order the album and video compilation by a clicking here and get the exclusive previously unreleased bonus track 'It's So Cool'.

Play With Madonna And Watch A New ‘Celebration’ Teaser!
While the ‘Celebration’ video is to premiere September 1st, we’ve just posted a brand new Madonna teaser to the site.

This time, it’s not featured on the homepage’s video wall... Wait, we’re not going to tell you where it is! If you’re ready to play with us, your mission is to surf the site and find it!

UPDATE: The game is now over and the new 'Celebration' teaser has been added to the homepage's video wall.

Get your favourite Madonna t-shirt for $9,99 – One Day Only!
Live Nation have just launched a special 1-day sale in collaboration with Madonna’s official online store, which includes 22 Madonna t-shirts which are available for $9,99 each!

Just click here and get yours before they're all gone!!!
Read More 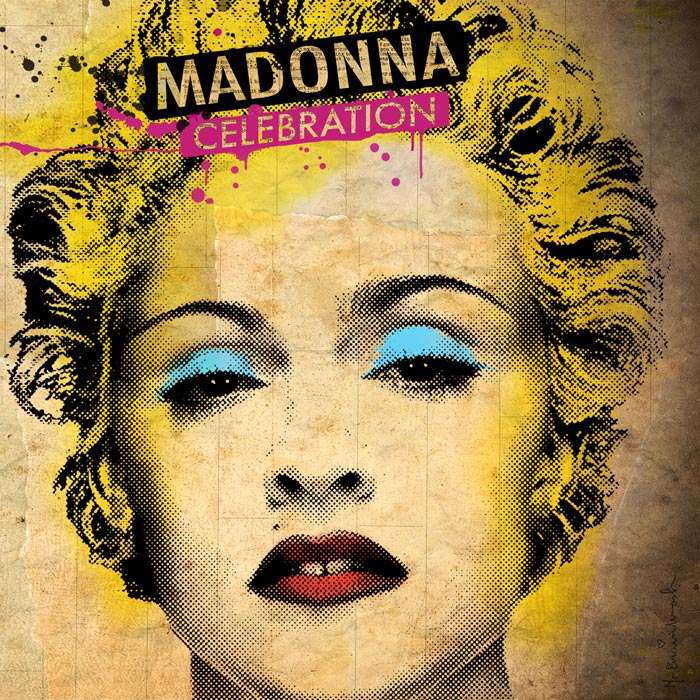 'Celebration' - Track Listing for CD & DVD Announced
For Immediate Release - August 26, 2009 - (Burbank, California) - Warner Bros. Records has confirmed the final track listing for Madonna’s upcoming “Celebration” CD – The “Ultimate” Compilation - and “Celebration the Video Collection DVD” – both scheduled to be released on September 28/29th. The songs which were selected by Madonna and her fans have all been exquisitely remastered. “Celebration” will be available as a two-CD set as well as a single CD.

The “Celebration Video Collection DVD” will include unedited and never before seen footage of “Justify My Love” along with 27 Madonna videos to be released on a DVD compilation for “the very first time” including “Into The Groove” and...

Media Section Update
We’ve just updated the MEDIA section of the site with new fan pictures taken by Guy Oseary at the Munich and Budapest shows as well as additional live ones.

Also available are all of the photos created by Steven Meisel for the Louis Vuitton 2009 Fall/Winter Campaign.

Make sure to check them out!
Read More 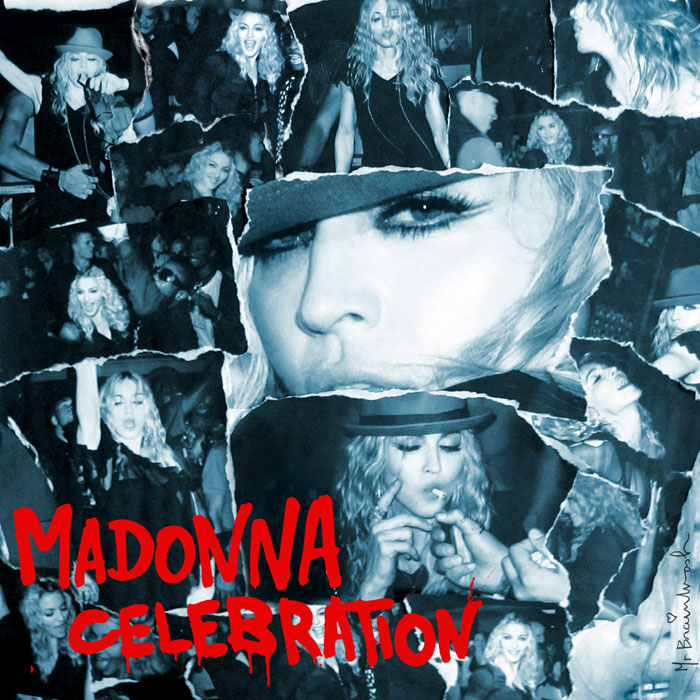 Celebration in Germany
Due to great demand, Madonna’s ‘Celebration’ single has been added to the German iTunes store earlier than scheduled. Even better, the song hit the #1 spot a few hours after its release!

German fans, please note that ‘Celebration’ is now set to be released as a CD single in the country on September 4th. Just click here to pre-order your copy from Amazon.
Read More

Celebration Video Release Date
The wait is almost over... Just a few more days before we all discover the video to Madonna’s new anthem..!

The ‘Celebration’ video will be available for download from iTunes in the USA, Canada and Mexico starting September 1st.

The video, which was directed by Jonas Akerlund, is also set to premiere on TV around the world that very same day!

More details are to be announced soon so stay tuned!

Celebration Single Release in Europe
European Madonna fans, we’re happy to announce that ‘Celebration’ will be released as a digital single in Germany on September 11 and in the UK on Monday, September 14. 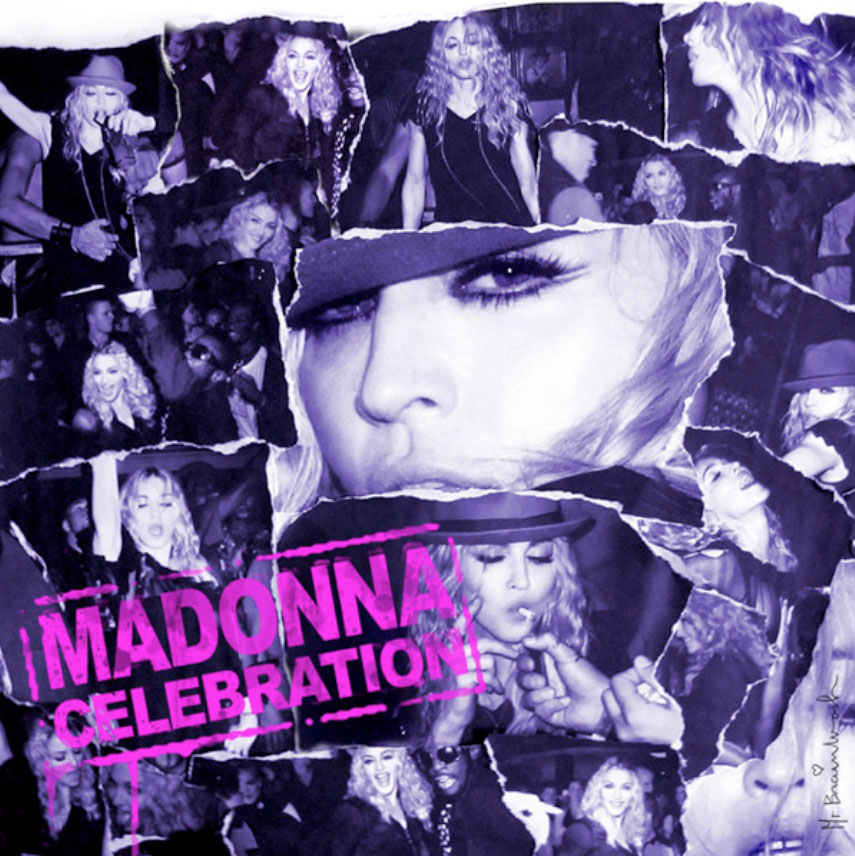 ‘Celebration’ Remixes Now On iTunes
Madonna’s ‘Celebration’ is now available as a digital EP and has just been added to the US and Canadian iTunes stores. The EP includes remixes by Benny Benassi, Paul Oakenfold and Johnny Vicious.

Click here to download from the US store or here if you're downloading from Canada.
Read More

Fan Pictures From Gothenburg Shows
Check out the MEDIA section of the site for new fan and crowd pictures taken by Guy Oseary before the August 8th & 9th shows!
Read More

The remix will be available for 48 hours only, so make sure to check it out now!
Read More

Due to unforeseen logistical issues, the Madonna ‘Sticky & Sweet’ performance previously scheduled for August 20th at the Hippodrome in Ljubljana has been cancelled. The show beforehand (Munich – August l8th) and the one that follows Budapest (August 22nd) along with all the other remaining tour dates in Belgrade, Bucharest, Sofia and Tel Aviv will proceed as scheduled.

Refunds will be available beginning Monday, August 17th at 9 am at all Eventim outlets.

We apologize for any inconvenience to Madonna’s fans.

Make sure to visit the MEDIA section of the site now!
Read More

Madonna – Kincsem Park
Live Nation Hungary has accepted the apology of NUSI, concerning the problems that have arisen about the booking of the Puskas Ferenc Stadium for the concert of Madonna on August 22nd, and hereby informs the audience that the show will remain at the original venue, the Kincsem Park Hippodrome.

Live Nation remains perplexed by the position of the President of the Hungarian Football Federation, who refused our offer of grass replacement at the Puskas Ferenc Stadium, which would clearly have been in the best interests of Hungarian football. But the most important thing now is that the show must go on, and we must accept that the time is not sufficient to try to solve the issues, in the face of such inflexibility. Unfortunately though, this inflexibility could have serious consequences for the future of major concerts in Hungary.

We would like to take this opportunity to say a very special thanks to the management of Kincsem Park, who have shown commendable willingness to help throughout this affair. We look forward to welcoming the Madonna audience to an unforgettable concert at their excellent venue.

All tickets remain valid to the Kincsem Park with the original conditions.

Soundcheck & Fan Photos From Tallinn
Make sure to visit the MEDIA section of the site now for a great selection of photos taken by Guy Oseary in Tallinn early today!
Read More

Just visit the MEDIA section of the site for a selection of pictures taken by manager, Guy Oseary, during today's rehearsals!
Read More