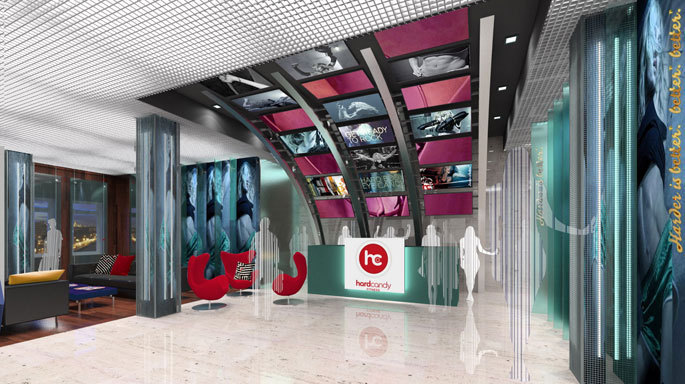 Hard Candy Fitness Moscow has state of the art equipment, an exclusive curriculum along with Mind Body Studio including the Great Wall, a Bike Studio, a Juice Bar/Cafe, lavish locker rooms and a 25 meter-long pool. Members will have the very best in innovative fitness programming including traditional classes, the newest trends in Yoga and original classes designed specifically for Hard Candy Fitness.

The design and programming of the Hard Candy Fitness Centers are inspired by Madonna's vision and commitment to fitness. Members will experience this first hand with signature Addicted to Sweat classes, featuring movements exclusively designed by the pop icon and her dance team. The Addicted to Sweat Cardio Dance and Jaw Breaker classes were inspired by the same choreography and toning exercises used in Madonna's personal fitness regime.

The Hard Candy Fitness brand launched its continued expansion with a third location set to open for workouts in St. Petersburg, Russia early spring next year. Hard Candy Fitness will also make its mark on new territory, heading to Toronto, Canada in 2012. NeV's Mastrov and partners , along with Madonna and Guy Oseary are also exploring options of building additional Hard Candy locations in Italy, United Kingdom, Canada, France, Australia, Argentina, and Brazil, for facilities that will offer a unique member experience. 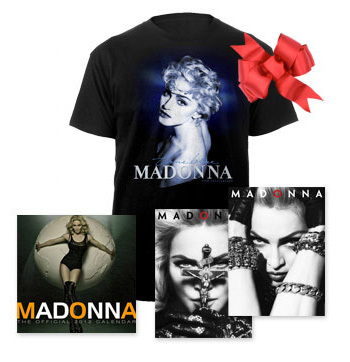 New Madonna Store Design & Exclusive Items
A year is about to end and a brand new Madonna era is about to begin. To celebrate this special moment, the official Madonna store has been updated with a new design and new products!

First is the "True Blue" vintage t-shirt, which celebrates the 25th Anniversary of the album's release. Click here for more info and/or to order your copy!

We are also happy to introduce two amazing 18"X 24" photo prints, both are individually hand numbered and limited to a run of 100 each. These special items go on sale today, December 20, by Noon PST/3pm EST/8pm GMT. Make sure to visit the "New!" section of the store and remember that once they're all gone, they're gone forever!

The Golden Globes ceremony will take place on January 15. Good luck to Madonna and her movie team!

Madonna And Live Nation Confirm 3 Album Deal With Interscope Records
Madonna will have a new album out in late March, it was officially confirmed today by Interscope Records. In one component of a very broad plan developed by long time manager Guy Oseary and Live Nation Entertainment, the Material Girl has signed a three album deal with Interscope Records. The new album, her first in four years, has been completed. "Give Me All Your Luvin'", the first single from the album will be released the last week in January prior to her upcoming Bridgestone Halftime Superbowl appearance on February 5th.

In 2007, Madonna signed a multi faceted deal with Live Nation that includes new studio albums, touring, merchandising, fan club/website, DVD's, music-related television and film projects and associated sponsorship agreements. "We look forward to a great partnership," commented Live Nation Entertainment's Chairman of Global Music & CEO, Global Touring Arthur Fogel. Oseary was equally enthusiastic: 'We couldn't be happier to work with Jimmy Iovine, Lucian Grainge (Chairman & CEO, Universal Music Group) and the entire Interscope team. We anticipate a very bright future at our new home." Added Jimmy Iovine, Chairman of Interscope Geffen A&M. "Very rarely does an opportunity like this come around. We would like to thank Madonna, Guy and Live Nation for their belief in us."

Ask Madonna A Question
"Nightline" anchor Cynthia McFadden has an upcoming exclusive interview with Madonna, which will air on "Good Morning America," "Nightline" and "20/20" in the coming weeks.

As part of this special event, ABC want you to submit your question to Madonna, which could be included in the interview!

Visit the devoted page now to submit your question to the Material Girl.

Fresh News From The Madonna Team
Madonna is currently filming the video to her brand new single with M.I.A & Nicki Minaj, which is directed by Megaforce.

Later this week, she will create her new album's photoshoot with Mert & Marcus (Art directed by Giovanni Bianco)!

Get ready for a brand new Madonna era and stay tuned for more exclusive updates... 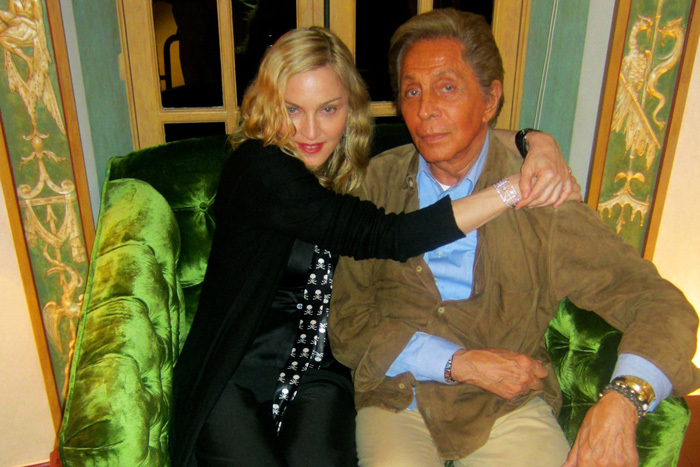 Valentino is the first international fashion designer to curate a permanent exhibition of his work in a digital form, which showcases nearly 300 dresses and boasts a media library of 5,000 images including sketches, illustrations, advertising campaigns and more.

Visit www.valentino-garavani-archives.org to download the desktop application and experience the museum for yourself!

Madonna To Perform During The Super Bowl's Halftime Show
We are happy to confirm that Madonna will perform in the Bridgestone Super Bowl XLVI Halftime Show at Lucas Oil Stadium in Indianapolis on Sunday, February 5, as announced during tonight's game on NBC!

The Material Girl has partnered with a creative team from Cirque du Soleil, Jamie King, and multimedia artists from Moment Factory, to create a signature performance for the Super Bowl's Halftime Show, which will be broadcast worldwide.