Vita Coco - Madonna And Other Major Talent On Board As Investors
January 31, 2010 – New York, NY – Vita Coco, the nation’s best-selling coconut water and one of the fastest-growing beverage brands in the U.S., today announced a group of several high profile new investors into the five-year old, New York-based beverage company. With a 60% share of the coconut water market and annual revenues more than doubling in 2009 from the previous year, Vita Coco is headed to record sales in 2010 and beyond. It was officially confirmed today by Vita Coco CEO and co-founder Michael Kirban that entertainment manager Guy Oseary and his client Madonna invested in Vita Coco. Oseary also brought on board Matthew McConaughey, Demi Moore and Red Hot Chili Peppers frontman Anthony Kiedis as additional Vita Coco investors.

“This group of investors chose to invest because they’ve all been brand loyalists, drink Vita Coco regularly and believe in the growth potential of the Vita Coco brand,” stated Kirban.

Fresh coconut water, extracted from young green coconuts (not brown ones) has grown increasingly popular as both a lifestyle beverage and a natural sports drink. “Each of these investors not only validates the Vita Coco brand, but the category of natural-functional beverages as well,” added Kirban.

Early next month, Vita Coco will be available for sale in over 1,300 GNC stores nationwide. “GNC’s motto is ‘Live Well,’ and as the leading vitamin, supplement and sports nutrition chain, I can’t think of a finer retail partner as the Vita Coco brand grows nationally,” notes Kirban. “GNC’s product education programs will ensure that new consumers learn about the healthful benefits of Vita Coco.”

Vita Coco was founded by longtime friends Michael Kirban and Ira Liran in 2004 and is based in New York City. The Vita Coco brand is a leader in the natural-functional beverage category and is the #1-selling coconut water in the U.S. with over 60% market share (source: Merrill Lynch/Bank of America).

Of all the coconut water brands presently sold in the U.S. market, Vita Coco is the only brand with its own production facility, allowing Vita Coco to directly manage quality control, new flavor development and special packaging. 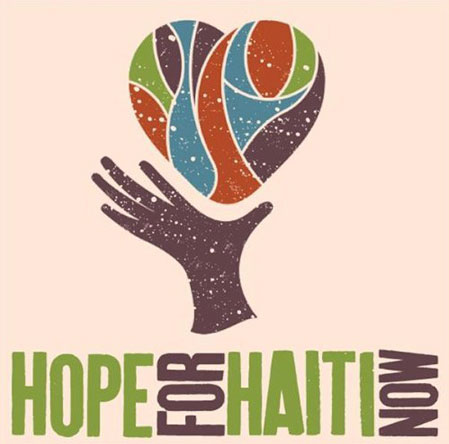 Madonna To Perform At Haiti Telethon
We are happy to confirm that Madonna will join the upcoming star studded Telethon to air on every major network this coming Friday evening.

Organized and hosted by George Clooney, the Telethon is set to raise millions for the citizens of Haiti, which were affected by the recent earthquake.

For more info on Madonna’s involvement in the cause and to read her related statement, just click here.
Read More

Want to win your signed copy of this amazing 280 pages book? Come on and play with us!

To enter this contest, all you need to do is to e-mail us your favourite Sticky & Sweet Tour Live photo and to tell us the reason behind your choice in just one sentence.

Your sentence must be 30 words maximum. The picture can be one of yours or one found on the internet, as long as it’s JPEG format and not over 100KB.

Once you’re done, e-mail us the both of them to madonnacontests@gmail.com, along with your full name, mailing address and phone number (including country code).

Don’t forget to use “Sticky + Sweet Book Contest” as your e-mail’s subject line. One entry per person please. Deadline for submissions is Monday, February 1st 2010, at 11:59pm PST.

We will pick the 10 best collected entries and each of them will be mailed a copy of the book signed by Guy Oseary.

Good luck to you all! 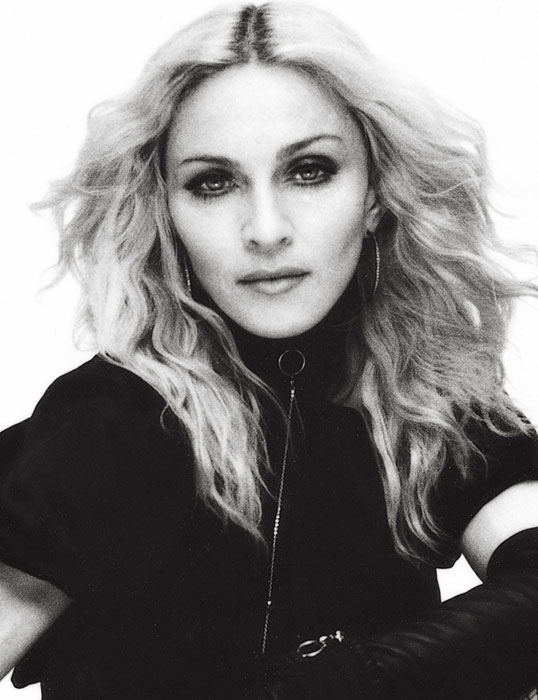 Madonna Statement Following Earthquake In Haiti
“My prayers are with the people of Haiti. I can’t imagine the terrible pain and suffering they are experiencing. Sadly the depths of the tragedy are just becoming known and the need for our support grows more urgent with every passing moment.

I have given a donation of $250,000 to assist Haiti’s earthquake victims through Partner’s in Health (www.pih.org) one of Haiti’s leading health care providers. I urge all of my friends and fans around the world to join me collectively to match my contribution or give in any way you can. We must act now.

Thank you for your support”
Madonna
Read More 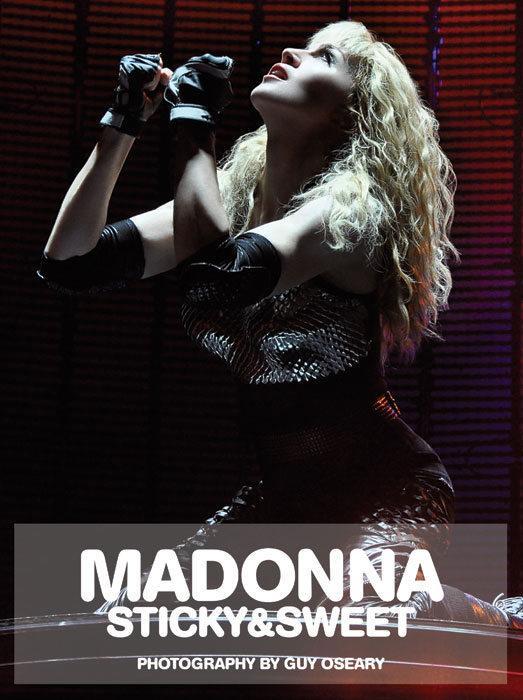 'Madonna: Sticky + Sweet' Book
Madonna's legendary "Sticky + Sweet" Tour, the most successful tour by a solo artist in history, has been chronicled by her longtime manager Guy Oseary and the resulting book, "Madonna: Sticky + Sweet" is being published by powerHouse Books (Feb. 2010) The glossy retrospective includes 500 extraordinary photographs taken on and off stage during the course of the 58 show tour which circled the globe in 2008 and was seen by over 2 1/2 million fans. Oseary's discerning eye along with his unprecedented access to Madonna before, during and after each show gives the viewer a unique insight into the journey of a lifetime. The Sticky+Sweet photo book feature the four segments of the concert experience including the opening “Pimp” section, and Old School salute to early NYC dance roots, onto Romani music influences and escalating in a rave finale. Oseary previously released the critically acclaimed "Madonna: Confessions" photo book, also published by powerHouse Books which covered her previous tour.

Guy Oseary is the CEO of Maverick and Madonna’s manager. He has worked closely with Madonna for almost two decades, and was the only individual permitted to take photographs both on and backstage on the landmark Sticky & Sweet Tour. Oseary’s first book, Madonna: Confessions, was published by powerHouse in 2008.

Click here to order from outside the United States.
Read More 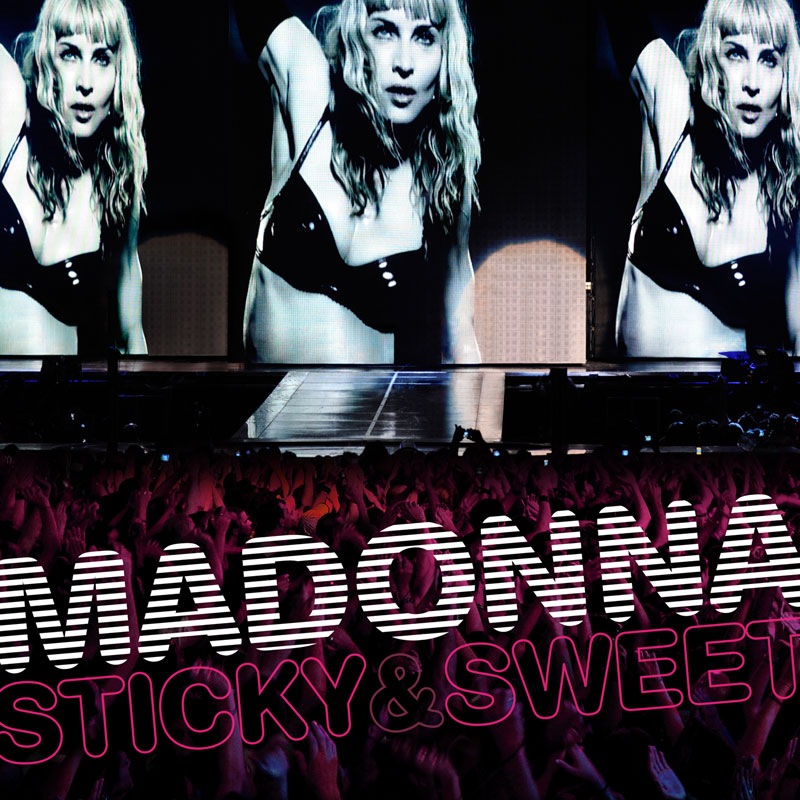 Madonna’s ‘Sticky & Sweet’ Concert To Be Released March 30th On DVD, Blu-Ray And CD
LOS ANGELES, CA -- January 12, 2009 -- Madonna’s most recent stage extravaganza, the “Sticky & Sweet” concert, will be released on March 30th, it was announced today by Live Nation, the world’s largest live music company. “Sticky & Sweet”, which was produced by Live Nation, was the most successful tour by a solo artist in history and was seen by over 3.5 million fans in 32 countries around the world. The show, which will be distributed by Warner Bros Records, will be available on DVD, Blu-Ray and CD and will include many of the Material Girl’s hits from the course of her unprecedented career including, “4 Minutes,” “Like a Prayer,” “Hung Up” and “Ray of Light”. Filmed in Buenos Aires, over four days to a crowd exceeding 256,000 fans, the concert also includes a show stopping moment when Madonna performs a historic “Don’t Cry For Me Argentina” to a thunderous audience response from her Argentine fans. Also included are several hits from the multi-Grammy winner’s most recent CD “Hard Candy” which debuted at No. 1 in 37 countries. The DVD also includes 30 minutes of exclusive footage filmed behind the scenes during the course of the tour. “Part concert, part block party and all fun, there is still only one Madonna,” raved the Oakland Press in their review of the “Sticky & Sweet” Tour. “A night of triumph and defiance… A two hour multi-media juggernaut,” glowed the LA Times. “Our lady of perpetual motion…This may be the best tour she’s ever stitched together,” claimed the NY Post.

ABOUT LIVE NATION:
Live Nation’s mission is to maximize the live concert experience. Our core business is producing, marketing and selling live concerts for artists via our global concert pipe. Live Nation is the largest producer of live concerts in the world, annually producing over 22,000 concerts for 1,600 artists in 33 countries. During 2008, the company sold over 50 million concert tickets and drove over 70 million unique visitors to LiveNation.com. Live Nation is transforming the concert business by expanding its concert platform into ticketing and building the industry’s first artist-to-fan vertically integrated concert platform. The company is headquartered in Los Angeles, California and is listed on the New York Stock Exchange, trading under the symbol LYV. For additional information about the company, please visit www.livenation.com/investors.
Read More

Just visit http://campaign.dolcegabbana.com/ to download great wallpapers and to find out more about the campaign.
Read More

May it be filled with love, precious moments and tons of Madonna exciting experiences!