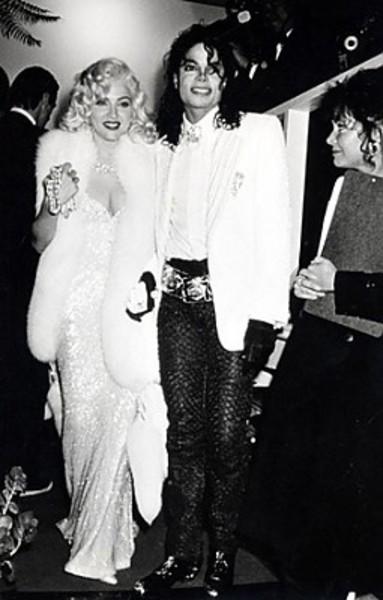 I have always admired Michael Jackson. The world has lost one of the greats, but his music will live on forever!

My heart goes out to his three children and other members of his family. God bless."

DUE TO OVERWHELMING PUBLIC DEMAND, MADONNA WILL PERFORM A SECOND AND FINAL 'sTICKY & SWEET' SHOW IN TEL AVIV ON SEPTEMBER 02 2009

Madonna's visit to Israel was announced one week ago and received to great applause and spectacular demand thus leading to a second and final show for the record breaking 'sticky & Sweet' tour, promising the Israeli audience a sweet finale.

Tickets for Madonna's 'sticky & Sweet' Tour's second and final Tel Aviv show will go on sale this Friday, June 12th at 09:00 am. Tickets will be 490 NIS and will be available exclusively online at madonna.013netvision.co.il and through Castel (*8965). Members of Madonna's International fan club will also have the ability to purchase tickets for the final Sticky & Sweet performance beginning Friday, June 12th.

Express Yourself And Fly To Belgium To Attend Madonna's Soundcheck Party
Madonna's Sticky & Sweet Tour will stop in Werchter on July 11th. To celebrate her first ever performance in Belgium, Madonna has planned an exclusive Soundcheck party for her fan club members only.

Madonna.com and Spinearth.tv are giving you a chance to attend this amazing event and to become Madonna.com's offficial reporter!

If you think you have what it takes to win, just click here and enter the contest now!

Current Icon Platinum members: Please note that a contest allowing you to attend Madonna's soundcheck party in Werchter will be launched separately on Madonna.com.
Read More

Nicki Richards Live In New York City
Before going back on tour with Madonna early July, the sweet and talented Nicki Richards (Madonna's back - up singer) will perform a solo show at The Canal Room in New York City tomorrow, Friday June 5th. The show will start at 8pm, so if you're in New York, make sure to attend Nicki's latest solo gig!