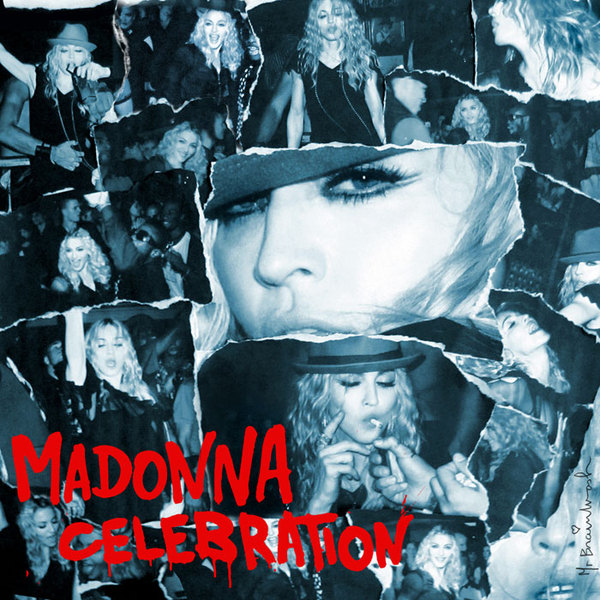 Celebration Single - Download Now!
While Madonna's 'Celebration' Greatest Hits album is to be released on CD on September 29 (September 28 outside the United States), The 'Celebration' single co-produced by Madonna and Paul Oakenfold is now available for download from iTunes. Just click here!

Also, click here to pre-order the 'Celebration' Greatest Hits CD from Amazon or here for the 2-CD set.
Read More 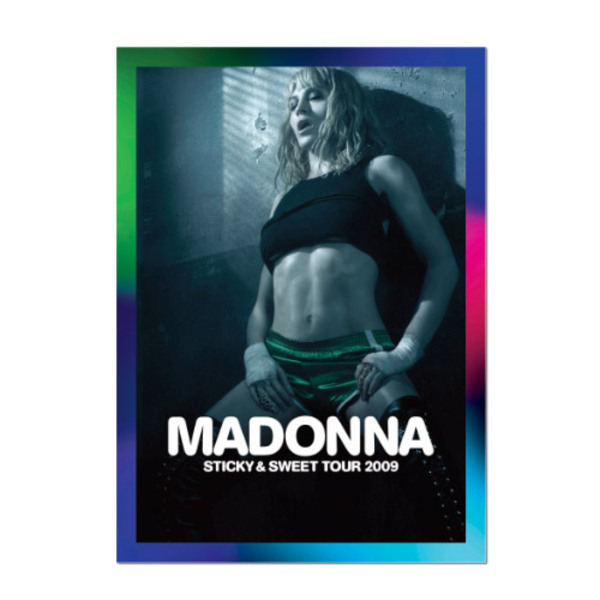 If you are not able to attend the show this summer or would like to order an extra copy of it, you can now do so by a clicking here.
Read More 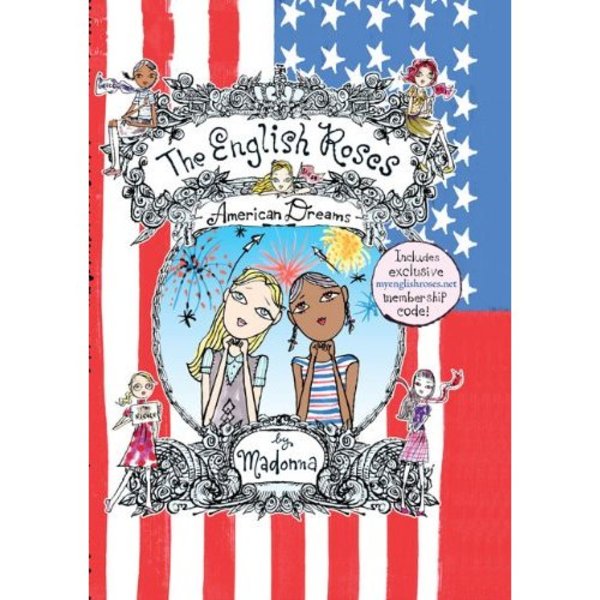 New Madonna Books Coming This Fall
Two new Madonna books are to be released as part of The English Roses series this fall.

First is book #11, American Dreams, to be released on October 15, 2009. The book is already available for pre-order from Amazon. Just click here.

The 12th and last book of the series, Catch The Bouquet, will be in stores on December 24. Click here to pre-order.

Budapest Show – Tour Production Statement
Live Nation Hungary is surprised at the issues that have arisen concerning the Madonna concert taking place at the Puskas Ferenc Stadium on August 22nd, as it followed the normal procedure in booking the Stadium, and received a signed, written confirmation from the Stadium management on July 21st.

In an effort to find a solution to the issues, the Vice-President of Live Nation in the region, Mr. Tim Dowdall, has requested a meeting with the President of the Hungarian Football Association, Mr. Istvan Kisteleki. This meeting will take place next week, at a time to be agreed. As a result, we will not be exchanging tickets from tomorrow as planned, but we hope to be able to do so after the meeting.

In the meantime, we would ask all Madonna’s fans in Hungary to remain calm. It is absolutely sure that the show will take place. We are all looking forward to an amazing Madonna concert in Budapest on August 22nd.

Two Madonna DVDs To be Released In September
In addition to her ‘Celebration’ Greatest Hits CD and DVD, two Madonna movies are to be released on DVD this coming September.

‘Filth & Wisdom”, Madonna’s first effort as a director, will be released in the USA on September 29. Just click here to pre-order your copy from Amazon.

Madonna and Nathan Rissman’s ‘I Am Because We Are’ documentary will also get a DVD release by September 22. Click here to pre-order. Please visit http://www.iambecauseweare.com/ for more info about the film.
Read More

New Venue for Budapest Show
If you are to attend the ‘Sticky & Sweet’ show scheduled in Budapest on August 22, please note that the show moves from Kincsem Park to Puskas Ferenc Stadion.

All tickets remain valid in the new venue!

GOLD and SILVER tickets remain in the same location in front of the stage. The ticket-holders should follow the signs “GOLD” and “SILVER” at the stadium.

The allocation for the BRONZE ticket owners will be on the grandstands, therefore closer to the stage and with a much better view. They should follow the signs „BRONZE” at the stadium.

The VIP ticket service remains exactly the same. The ticket-holders will receive a personal note about their exact seating location and parking place directly to their mailboxes.

All other seated ticket holders – as originally planned at Kincsem Park – will be on the tribunes facing the stage. They can get their new seat numbers at the Ticketpro central office (Budapest, VII. Károly krt. 9.) from July 31th until August 19th, or at the venue on the show day.

With the change of venue to the Puskas Ferenc Stadium tickets additional tickets are now available in the Ticketpro network, including new seated tickets. The new seated tickets can be purchased in all TicketPro outlets from July 31st. 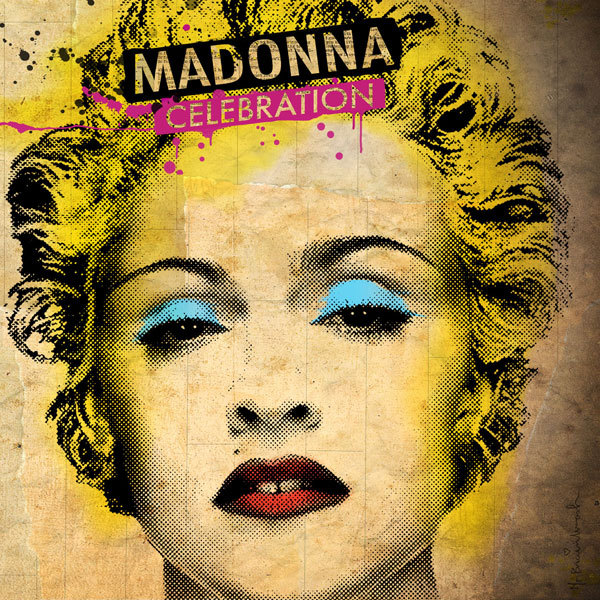 A “Celebration” Of Madonna Music - The Definitive Greatest Hits Collection September 28/29 Release
July 23, 2009 - For Immediate Release (Burbank, California) - Madonna, who has racked up a record 37 top 10 hits as well as seven No. 1 albums (including her last four) on the Billboard Pop Charts, has given her fans yet another opportunity to “celebrate” her musical achievements. Today, Warner Bros. Records officially confirmed the September 29th release in the U.S. (September 28 outside U.S.) of “CELEBRATION” – the ultimate compilation of Madonna songs. The songs on “Celebration” have all been remastered and selected by Madonna and her fans. They cover the expanse of the Material Girl’s extraordinary career of hits including “Everybody,” “Express Yourself,” “Vogue” and “4 Minutes.” “Celebration” will be available in a two-CD set as well as a single CD. There will also be a “Celebration” DVD released simultaneously which includes the video visionary’s best videos including several that have never before been available on DVD.

“Celebration,” the CD will also include two new songs that were recently recorded in New York City. The first single, also titled, “Celebration,” co-produced by Madonna and Paul Oakenfold, will be released August 3rd. A video for the single, which will be included on the “Celebration” DVD was just filmed in Milan, Italy and was directed by long time Madonna collaborator Jonas (“Ray of Light”) Akerlund. Several dance club remixes of “Celebration” are already headed to the clubs. The song will also be available on CD and vinyl maxi. Radio will receive the “Celebration” single on August 3rd.

The cover for “Celebration” was created by street pop artist “Mr. Brainwash” who is best known for “throwing modern cultural icons into a blender and turning it up to eleven.” (A copy of the cover image of the “Celebration” CDs and DVDs is attached)

Madonna, a multi Grammy award winning singer, writer and producer has had over 12 No. 1 singles and has a record-smashing 39 No. 1 singles on Billboard’s Hot Dance Club Songs Chart – by far the most of any artist in the over 30 year history of the list.
Read More

Video Shoot Barcelona - We Want You To Join!!
We are looking for you - amazing fans to be in Madonna's next video, which will be a celebration of her music and fans.
If you would like to join us, send us your best picture to impress us for a chance to get picked.

We want to see it!! We are looking for real fans, look-a-likes, you must come dressed to impress, bring all your Madonna Memoribilia (do you still have 80's stuff??) and be ready to PERFORM, dance or just be yourself.

**if you want to be picked, make sure to bring out your best Madonna Fan look!**

If you get picked you need to check the following:
* confirm you are over 18 yrs old
* you must bring a Photo ID to our shoot for entrance
* you can be at the Olympic Stadium on Tuesday the 21st of July

By e-mailing us, you acknowledge you will not receive a payment for this and you will sign necessary release forms and confidentiality agreements on the day.

Make sure to check it out!
Read More

Madonna Stage Collapses During Construction in Marseille, France
July 16, 2009 — New York City — For immediate release — During construction of the stage for Madonna's scheduled July l9th "Sticky & Sweet" show at the Velodrome Stadium in Marseilles France, the roof accidently fell causing injury to seven workers and one death, it was confirmed by Madonna spokesperson Liz Rosenberg.

Madonna who was in Udine, Italy at the time was given the news as she finished her soundcheck on a different stage at the Stadio Friuli.

Madonna issued the following statement: "I am devastated to have just received this tragic news. My prayers go out to those who were injured and their Families along with my deepest sympathy to all those affected by this heartbreaking news."
Read More

It's A Celebration And We Want You To Join!
Madonna and her team are currently filming the video to her next single in Milan and they want for you to be part of it:

“We are looking for you die hard fans to be in Madonna’s next video, which will be a celebration of her music and fans. We need you to come dressed to impress, bring all Madonna memorabilia, t-shirts or Madonna outfits you have and be ready to perform, dance or just be yourself.

If you would like to join in, please check the following details:

- Confirm you are over 18 years old
- You must bring your photo ID to the filming location
- Must have your country of residence (residenza) and tax number (code fiscale) available
- You can be in Milan at around 9pm on Saturday 18th July. We will not reveal the location until just before this time.

If you agree, come and celebrate: Please e-mail lastminutefans@gmail.com with a recent picture attached (No picture, No invite), as well as your full name, mailing address and phone number .

MORE INFORMATION – CELEBRATE!   Thank you for all of you that have replied so far – Keep it coming! Please Please send us a picture of you in your favourite Madonna outfit!We want to see it! We are looking for real fans, and the look-a-likes.. Are you Madonna too?

PLEASE NOTE THAT MADONNA WILL NOT BE AT THE FILM SHOOT, WE ARE ONLY SHOOTING EXTRAS THIS DAY.
Please note that we will not be able to pick everybody that replies.”
Read More 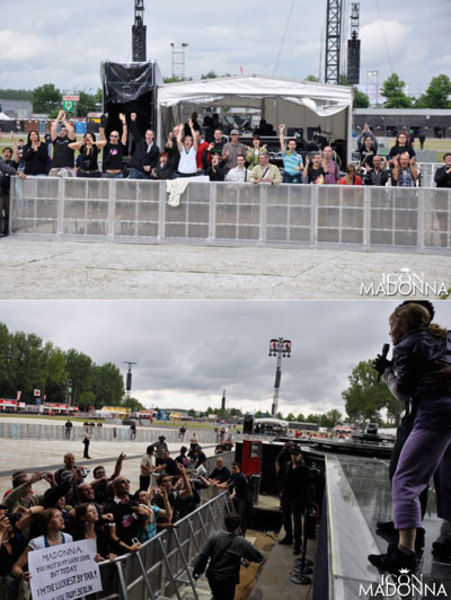 NEW SITE, NEW RULES — PLEASE READ!
ICON members: Welcome to the new Madonna.com experience. BEFORE you go any further in exploring the site, please take a few minutes to complete the profile update request, which you see if you log in.
Read More 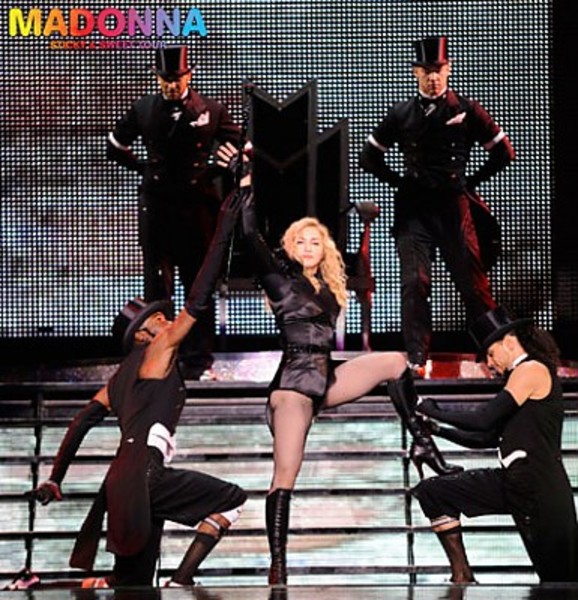 Madonna Pays Tribute To Michael Jackson During Her First Show in London
Madonna thrilled fans in London on Saturday night by performing a medley of Michael Jackson's hits at the O2 Arena, just a week before the late legend was due to grace the same stage.
Read More 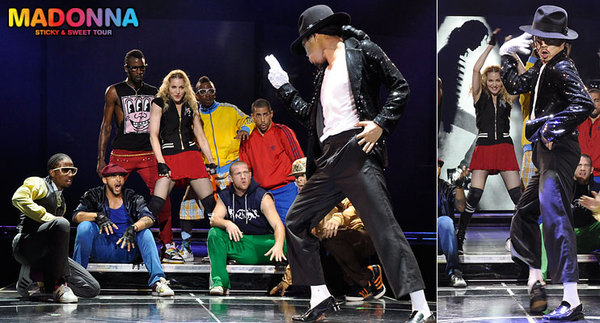 Caution: if you want to avoid spoilers, then do not click! :)
Read More

Europe To Turn Sticky & Sweet In 3 days
We're now just 3 days away from the opening night of Madonna's 2009 Sticky & Sweet Tour! The Material Girl and her whole band are busy rehearsing for the show, which will be played 29 times in 25 different cities all over Europe from July 4th to September 2nd. The 2009 leg of the tour is to feature some changes, including a couple of songs that were not performed last year, so get ready for what promises to be another amazing experience! If you're still looking for tickets, please visit the Tours page now.

While we all can't wait for the tour to begin, we are happy to share 2 photos taken during the rehearsals in New York City (Click on the "+" sign to check them out). Enjoy and see you at the show!