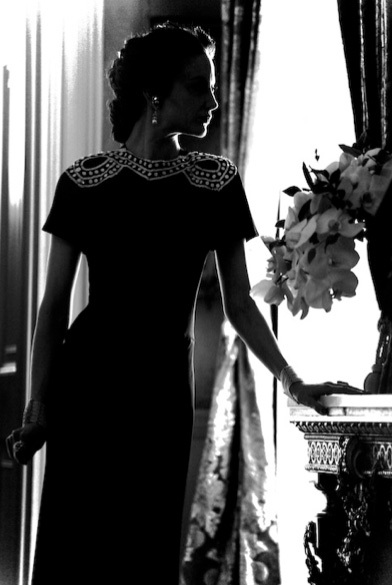 "W.E." Stills Photographer's Exhibition in London
An exhibition devoted to the work of photographer Anthony Souza will be held at London's "The Little Black Gallery", from December 13 to December 20, 2011.

Souza was the stills photographer on "W.E.", directed by Madonna and starring Andrea Riseborough as Wallis Simpson and James D'Arcy as Edward Simpson, which will be released 20 January 2012.

Souza said: "I was visually inspired by the sets and costumes, and the romanticism and visual elegance of the scenes, which made me approach the photos as artistic works and not just publicity stills." 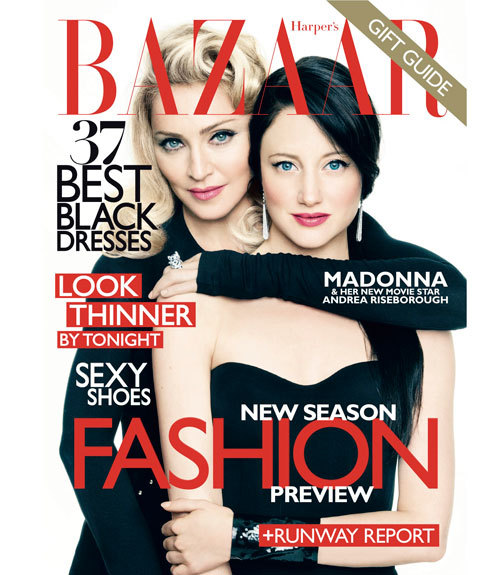 As part of an exclusive interview, Madonna discusses her new movie "W.E." and her work as a director. Click here to read the full interview.

Also included in the issue is a special fashion photoshoot by Tom Munro. Check it out now!

Madonna stated, "Over the past several decades, I have been approached countless times to create my own brand. The timing is right and I have found great partners in Iconix who can help translate my vision to reality."

This incredible dance party is part of the Smirnoff Nighlife Exchange Project, an unparalleled cultural exchange where an anticipated 10 million people will get to discover, share and swap the most original nightlife experience in 50 countries.

The global dance celebration will feature dance performances from each of the eleven finalists who were selected from the hundreds of dancers from around the globe from countries including Belgium, Japan, Great Britain, the US and The Netherlands all of whom submitted videos and auditioned to join Madonna's dance crew.

With Shay Normann as the artistic director and choreographer for the event, the eleven finalists have also been working with Madonna's long-time choreographers Rich + Tone, in hopes of winning the top prize.

Madonna has hand picked DJ and Producer Martin Solveig to headline the event. Solveig has been collaborating with Madonna in the studio for her upcoming album. Hardy "Indigo" Muanza and Vikter Duplaix will also be spinning custom mixes.

Madonna has never strayed far from her dance roots in New York City. "Even with my crazy schedule, any chance I get to be on a dance floor in New York with fabulous music and incredible dancers is still my idea of a perfect evening. I can't wait for November 12th," commented the Material Girl. Madonna equals dance. She has earned a record 40 No. 1 hits on Billboard's Dance/Club Play Songs chart (out of a whopping 57 entries). Her most recent chart topper was "Celebration," in 2009.

The Smirnoff Nightlife Exchange event with Madonna in New York is one of 18 countries swapping their most original nightlife experiences on the night of November 12. In turn for New York's global celebration of the most original nightlife around the world. Amsterdam will host an event on the same night celebrating the very best of New York's own nightlife. To find out how you can 'Be There', go to facebook.com/smirnoff.

The Smirnoff Nightlife Exchange Project, including the exclusive dance competition with Madonna, was the first component of a multi-faceted agreement between Madonna and her partner Live Nation and Diageo, the parent company of the Smirnoff Co. More details to be released in the coming months. For updates on Madonna, please visit www.facebook.com/madonna. For updates on The Smirnoff Nightlife Exchange Project please visit www.facebook.com/smirnoff.

New Icon Sweepstakes - Join Madonna in NYC on Nov 12!
Madonna will be in New York on November 12th to audition the finalists of the Smirnoff Nightlife Exchange Project and pick one of them by midnight to be her next dancer! The event will also feature special guest DJs including Martin Solveig who will be on hand to keep the dance party going...

Icon, Madonna's Official Fan Club, is giving away tickets to 200 members and a guest each!

To enter, all you need is a valid membership with Icon (free or Legacy) and the answer to a special question. Make sure your are logged in and click here to access the devoted page now!

Not a member of ICON? Sign up for a free Classic Icon membership and take part in this special opportunity.