Robyn To Support Madonna's 'sticky & Sweet' Tour
Things just keep getting better and better for Robyn. Having just finished an amazing sell out UK tour, she has now been asked to support the world's sweetest pop star Madonna on her recently announced European Sticky & Sweet Tour. This is a major honour as Robyn will be one of the few performing artists to appear on tour. Additional Sticky & Sweet concerts will feature special guest DJ's as support. The Swedish popstrel said "Having been a fan of Madonna since I was a little girl, I'm very excited about sharing a stage with her and playing to her audiences I'm thrilled." With nearly 1 million tickets sold to date along with sold out performances in Paris, Lisbon & Zurich; New York, Boston, Chicago; Montreal, Toronto & Vancouver and more, Madonna's Sticky & Sweet tour is once again poised to be the tour of the year! Robyn recently completed a whirlwind tour of the States where both her live shows and eponymous album met with rave reviews across the board. Her star shows no sign of waning any time soon. Robyn will appear on the following dates: 26 - August - Nice - Stade Charles Ehrmann 28 - August - Berlin - Olympic Stadium 30 - August - Zurich - Military Airfield Dubendorf 02 - September - Amsterdam - Arena 04 - September - Dusseldorf - LTU Arena 09 - September - Frankfurt - Commerzbank Arena 14 - September - Lisbon - Parque da Bela Vista 23 - September - Vienna - Danube Island 27 - September - Athens - Olympic Stadium
Read More

Madonna's Tour To Stop In Vienna
As part of her 'Sticky & Sweet' Tour, Madonna will perform at Vienna's Donauinsel on Tuesday, September 23. Tickets will go on sale June 23 at 10am Local time. If you're a member of Madonna's Official Fan Club, please note that a devoted presale will start on Wednesday, June 18 at 10am LOCAL TIME.
Read More

Fourth New York Show Announced!
A fourth show at New York's Madison Square Garden has just been added to the 'Sticky & Sweet Tour' itinerary! The show will take place on October 12 while tickets will be on sale June 13, at 9am Local Time. A devoted Icon presale will take place on Monday, June 9th and will start at noon LOCAL TIME for Legacy Platinum members and at 2pm LOCAL TIME for Platinum members.
Read More 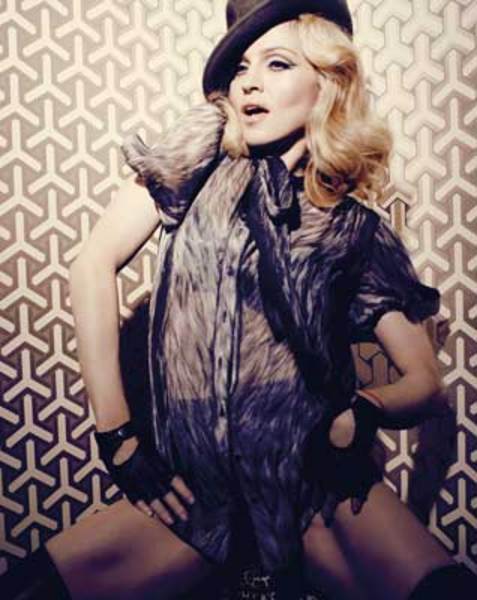 'Give It 2 Me' Video Now Available
The video to Madonna's "Give It 2 Me" single is now available for online streaming from Yahoo! And AOL.
Directed by Tom Munro and Nathan Rissman, "Give It 2 Me" is also available for instant download from most of the iTunes European stores. Check it out now!
Read More

Join Madonna's Official Street Team
We have just launched a new digital Street Team project on Madonna's ReverbNation page.
If you are interested in joining our FREE digital Street Team to earn some cool prizes, please click here to register and join our current street team mission. Right now we are hosting a mission to help get more fans to sign up for the Street Team. Whoever's banner/widget captures the most clicks will be at the top of the leaderboard.
The winner of this mission will receive a free Icon fan club membership.
Also, we plan on having a series of upcoming missions for more prizes, so be sure to sign up for the Madonna Street Team to receive news and updates about these future projects. Enjoy!
Read More