Madonna Donates Song To Japan Benefit Album
The Live version of Madonna's "Miles Away" is included on the "Songs For Japan" album to be released on iTunes today.

Taken from her 2008 "Sticky & Sweet Tour", "Miles Away" is featured along with songs by REM, U2, Sting, Justin Timberlake, Katy Perry, Beyonce and many more...

All of the monies earned from "Songs for Japan" will be directed to the Japanese Red Cross Society (JRCS) to support its disaster relief efforts. The society will use the funds for the ongoing provision of immediate relief and for eventual recovery support to the affected population. The artists participating on Songs for Japan, the major music labels - EMI Music, Sony Music Entertainment, Universal Music Group and Warner Music Group - and music publishers have waived their royalties and proceeds from the worldwide sales of the album to ensure that the JRCS receives as much support as possible from this global initiative. In addition, iTunes will donate all proceeds from the album's worldwide sales to the benefit of the JRCS. 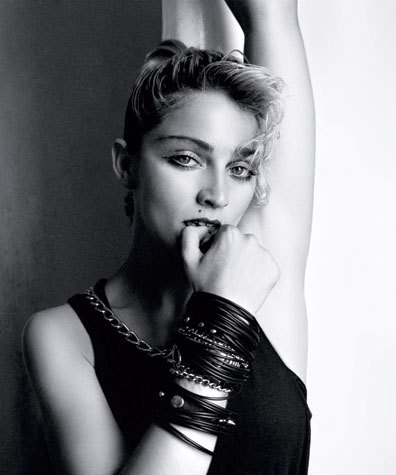 The April issue includes an interview with photographer Richard Corman about his first photo shoot with Madonna, as well as several rare or unseen photos he took back in the day in New York City.

Click here for a special preview and some photos not included in the printed version of the magazine.