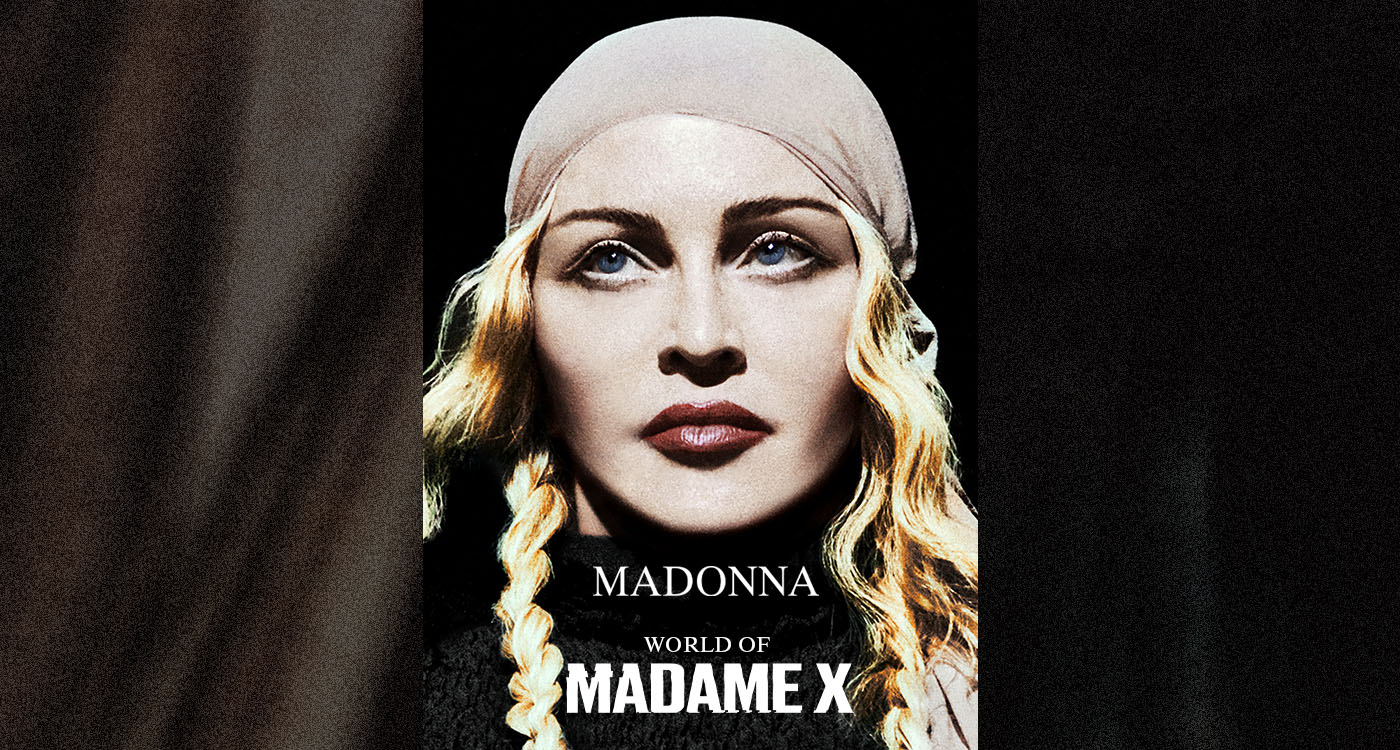 Set in Lisbon, Portugal, Madonna Shares the Inspiration Behind the “World Of Madame X” in this Documentary Short About Her Recent #1 Album.

Madonna gives an intimate, behind-the-scenes look of how her recent #1 album came together in the documentary short “World of Madame X,” which is available now in over 100 counties and territories on Amazon Prime Video. Madonna is joined in the 23-minute documentary, beautifully set in Lisbon, Portugal, by collaborators that were part of, and inspired, Madame X.

In “World of Madame X,” she tells the story of how she was given the name Madame X when she was 19 and newly arrived in New York City as she took dance classes at the Martha Graham School and how the album was born while living in Lisbon, Portugal for the past several years while her son trained to be a professional soccer player.

Amazon Music is currently streaming an exclusive clip from the documentary, which is available to watch here. In addition, fans can hear two, brand-new Amazon Original remixes of tracks from Madonna’s new album from Robbie Rivera and Erick Morillo, and simply ask, "Alexa play the Amazon Original by Madonna” on enabled devices and with Alexa in the Amazon Music app for iOS and Android.

Madonna began filming the proceedings, as shared in the documentary, and sending clips to her longtime producer Mirwais. “I said to him, ‘I know this is crazy, but tell me if it inspires you. Let’s chop up the guitar sounds, and synch them to modern sounding drums.’ Within a week, he had sent me back music. It was amazing and I felt super inspired.” Thus, that is how Madame X was born. “I had the honor of meeting musicians from all of these places, to be inspired by their music, and to let it influence me. That’s how these songs came to be.”

Madonna’s critically-acclaimed 14th studio album Madame X debuted at #1 on the Billboard 200 chart. The #1 chart debut marks another milestone in her legendary career, becoming her ninth #1 studio album. In addition to Mirwais, Madonna collaborated on Madame with producers Mike Dean and Diplo, among others.

Madonna is getting ready to bring Madame X to life by embarking on a series of rare and intimate concert performances to take place exclusively in theaters, giving fans an opportunity to see her perform in an environment like they never have before. The Madame X Tour will kick off September 12th at the BAM Howard Gilman Opera House in New York and will feature multiple nights of shows in each city including performances at the Chicago Theatre, The Wiltern in Los Angeles, the Colosseum at Caesars Palace in Las Vegas, the Boch Center Wang Theatre in Boston, The Met Philadelphia and at the Fillmore Miami Beach at the Jackie Gleason Theatre. The Madame X Tour will continue in early 2020 with performances at the Coliseum in Lisbon, the Palladium in London and at the Grand Rex in Paris. Madonna is the best-selling female solo touring artist of all time and has the highest-grossing concert tour ever by a female artist with her Sticky & Sweet Tour (2008-2009) at $408 million. Tickets and further information is available here.

Madame X comes in a standard and deluxe version of the album and exclusive album bundles with limited edition merchandise are now available direct from Madonna's official store.