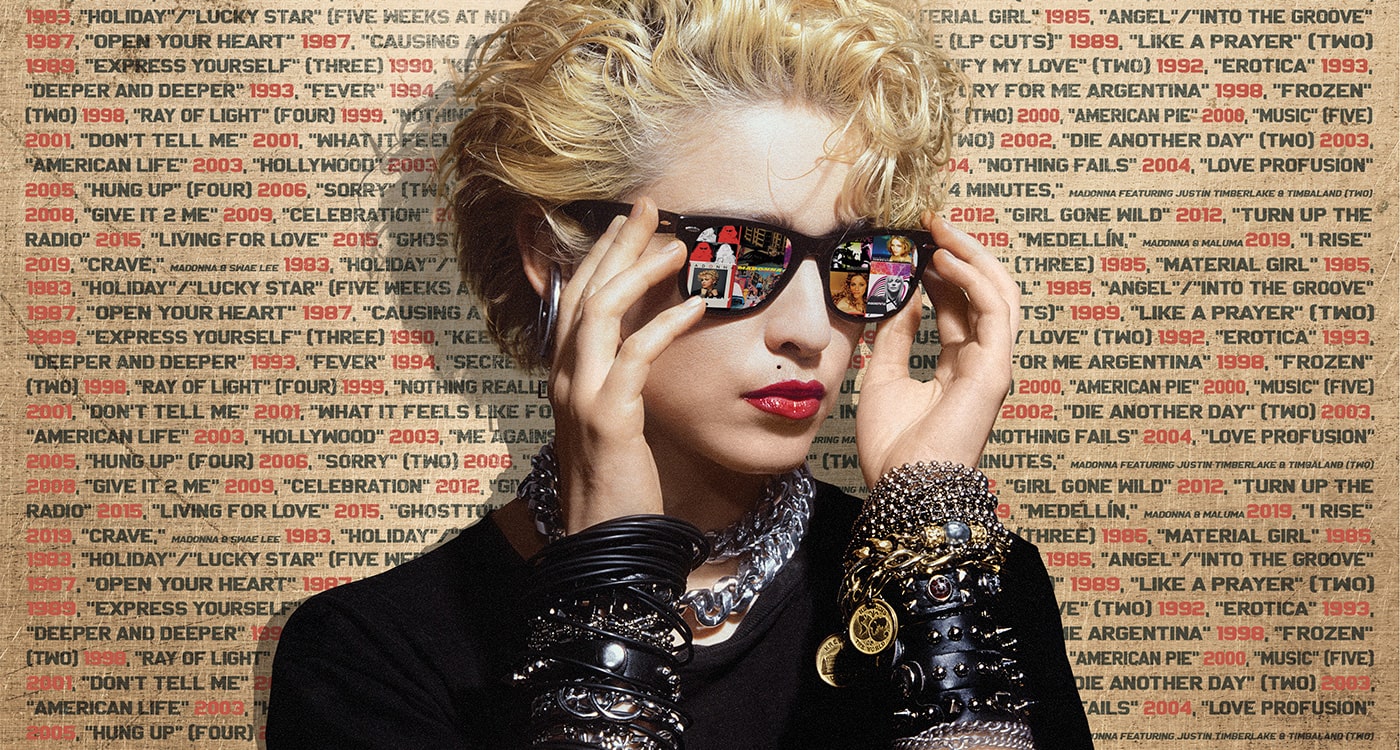 August 29, 2022 – Madonna’s career spanning compilation album FINALLY ENOUGH LOVE: 50 NUMBER ONES is now dominating album charts around the world following its release on August 19. The album debuts at #1 on both the Billboard Top Album Sales and Top Current Album Sales charts, and #8 on the Billboard Top 200. Madonna is now the first female artist with Top 10 albums on the Billboard 200 in each of the last five decades, adding another landmark achievement to her long list of accolades. The album also debuted at #1 on the Billboard Top Dance/Electronic Album and Vinyl Albums charts. FINALLY ENOUGH LOVE can also be found at the top of the charts in countries around the world, with Top 3 debuts in Australia (#1), Belgium (#1), Holland (#1), France (#2), Germany (#2), Italy (#3), Ireland (#2), and the UK (#3). The album also hit #1 on the iTunes albums chart in 35 countries.

FINALLY ENOUGH LOVE: 50 NUMBER ONES – available now on both streaming and physical format – was curated by Madonna in celebration of her historic milestone as the first and only recording artist to have 50 #1 hits on any single Billboard chart when she topped the Dance Club Songs chart for the 50th time.

Madonna’s meteoric rise to icon status began in the New York club scene and she has perpetually kept her finger on the pulse of dance and club culture across five decades.  She has continued to collaborate with the most cutting-edge artists and DJs to reimagine her groundbreaking hits. As a result, Madonna has now achieved more remix albums on the Billboard 200 than any other artist. FINALLY ENOUGH LOVE is also the highest charting remix album in over a decade.

50 NUMBER ONES spans her entire dance club chart reign with dozens of remixes by the world’s top producers. In addition to fan favorites, the collection also includes a selection of rare remix recordings, with more than 20 being officially released for the first time or making their commercial/digital debut. The collection is now available digitally along with a 3-CD version. A limited-edition, 6-LP version on red and black vinyl sold out in pre-orders. The 16-track edition, FINALLY ENOUGH LOVE, is also now available in physical format. New album merchandise is available at Madonna’s official store. Additionally, the Madonna x Yellowpop LED neon sign collection is available exclusively at Yellowpop.com.

These new collections mark the first album releases to be part of the newly announced partnership between Madonna and Warner Music Group, which will feature an extensive series of catalog releases across her groundbreaking career.