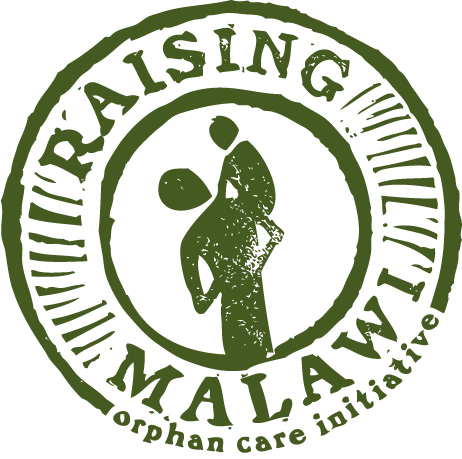 January 08, 2013
Ten primary schools have been completed as part of Madonna's ongoing commitment to support orphans and vulnerable children in poverty stricken Malawi, it has been announced today. The new schools are located in rural villages and will serve to educate 4,871 children.They are a result of the partnership between Madonna, her charity Raising Malawi and the global nonprofit buildOn. The ten schools, which were scheduled to be built over 18 months, have been completed six months ahead of schedule. Six of the schools are already in use and all ten will be up and running in January 2013 for the first day of school in the New Year. The project was originally announced early this year as a major initiative of Raising Malawi, which has already provided millions of dollars in support of orphanages, a network of orphan care service providers, health clinics, a scholarship program for girls, and the schools with buildOn.

The location for each school was chosen from a list of communities in need of new infrastructure. The Ministry of Education Office in the Kasungu District was an important partner, providing both the teachers and curriculum after each school was completed.

"I am overjoyed that my commitment along with buildOn's to help educate the children of Malawi has come to fruition. In a country where girls have little opportunity for education, it's additionally inspiring to know that more than half the students attending will be young girls. The fact that more than 4,800 children in Malawi will get to go to school next year is a tremendous step forward for their individual growth and the growth of Malawi," commented Madonna.

Consistently ranked among the world's 20 least developed countries on the UN's Human Development Index, Malawi has long been challenged by economic stagnation and a lack of access to education. With support from Madonna and Raising Malawi, buildOn was able double the reach of its school construction program within a year.

"Madonna's commitment to the children of Malawi is inspiring," said Jim Ziolkowski , founder and CEO of buildOn. "Through Raising Malawi's support we were able to build 10 schools that will educate literally generations of children who need it the most."

For more info about Raising Malawi, just click here
Comments
16
You must be a logged-in member to add comments.
SIGN IN / SIGN UP
March 05, 2013 posted by rawB
rawB
10 out of 10 Madonna
February 05, 2013 posted by rabbitbunny
Madonna-My Brave One
Hey Madge! Keep Up the great work in Malawi! All of the Malawians will Celebrate in the MDNA Dance of Life and Love. Peace and Love-Rabbitbunny. Outside of Baltimore!
January 31, 2013 posted by MDLLN
WAY TO GO MADGE
THAT'S THE SPIRIT THAT MAKES ME LOVE YOU EVEN MORE. THANKS FOR HELPING OUT AND PROVIDING A BETTER LIFESTYLE FOR THOSE IN NEED
January 29, 2013 posted by elisaruberth
Madonna is a Blessing, A Real Queen!
The school education is the cornerstone, the foundation of a nation, of people, of family. Only God can do more than madonna has done for humans. God bless you, Madonna! I still do not know write in English very well ... Greetings from Brazil.
January 27, 2013 posted by ladylala
inspiring
Madonna you always give back. You are so amazing for helping these kids. xxx
January 18, 2013 posted by lu_w
You´re amazing!!!
A great artist but most of all a great person with a big heart. I really really admire you, you can do whatever you want! When I don´t feel good or I don´t have a nice day I think of you and I find my way to make everything better. You inspire me!!! Thank you for all your songs, films, videos, but most of all thank you for your words about life that you share with your fans and all the things you are doing to make the world a better place. Never never ever stop!!! Kisses from Buenos Aires! Lu.
January 16, 2013 posted by BiZZLeMaDGiZZLe
<3
I don't just like this... I LOVE IT! Congrats to every person that has contributed to this ongoing project. What a gift you all have given.
January 16, 2013 posted by nugget
You never stop giving
I have posted this news to my FB page, and emailed friends. Madonna you are amazing in all your efforts to help others.
January 13, 2013 posted by VicB
MADONNA - THE ONLY ONE
MADONNA MAKES THE DREAMS COME TRUE!!!
January 13, 2013 posted by shawnnewman92
Inspiring
I am so proud to be one of your fans.
January 11, 2013 posted by peeug
Brilliant
I am so proud of Madonna,she has done so much for the people of Malawi, and its great to see that all money raised is going to such good use.
January 10, 2013 posted by cedritos
HAPPY NEW YEAR
What a good way to celebrate the beginning of this year for those whose opportunities are limited. AS USUAL, WAY TO GO MADGE! God bless all your doings!!!
January 09, 2013 posted by Jord
Go Madonna! <3
Madonna is on top! Good for you, helping the children in Malawi! Two Thumbs Up! <3
January 09, 2013 posted by LaIslaMaria
Keep Raising Malawi
I am most definitely overjoyed and proud of Madonna today. It has been rewarding for me to support this cause since 2006. Now , if i too could adopt a child from Malawi-i would be very , very happy !
January 09, 2013 posted by Antara
Madonna Malawi
As I've posted many times in forum, Madonna is a real human being with plenty of understanding, as her charity points out....Not only the super skilled entertainer, but the great person she is...I like Madonna as a human being....
January 08, 2013 posted by kells1001
A Good Work
I had a dream unlike any other dreams about Maddona, yet Maddona is doing much more than fantasy in Malawi. Bringing new hope to young children. Her efforts should be applauded! Thanks Love Always Kells1001
Newer comments    1 - 16 of 16    Older comments