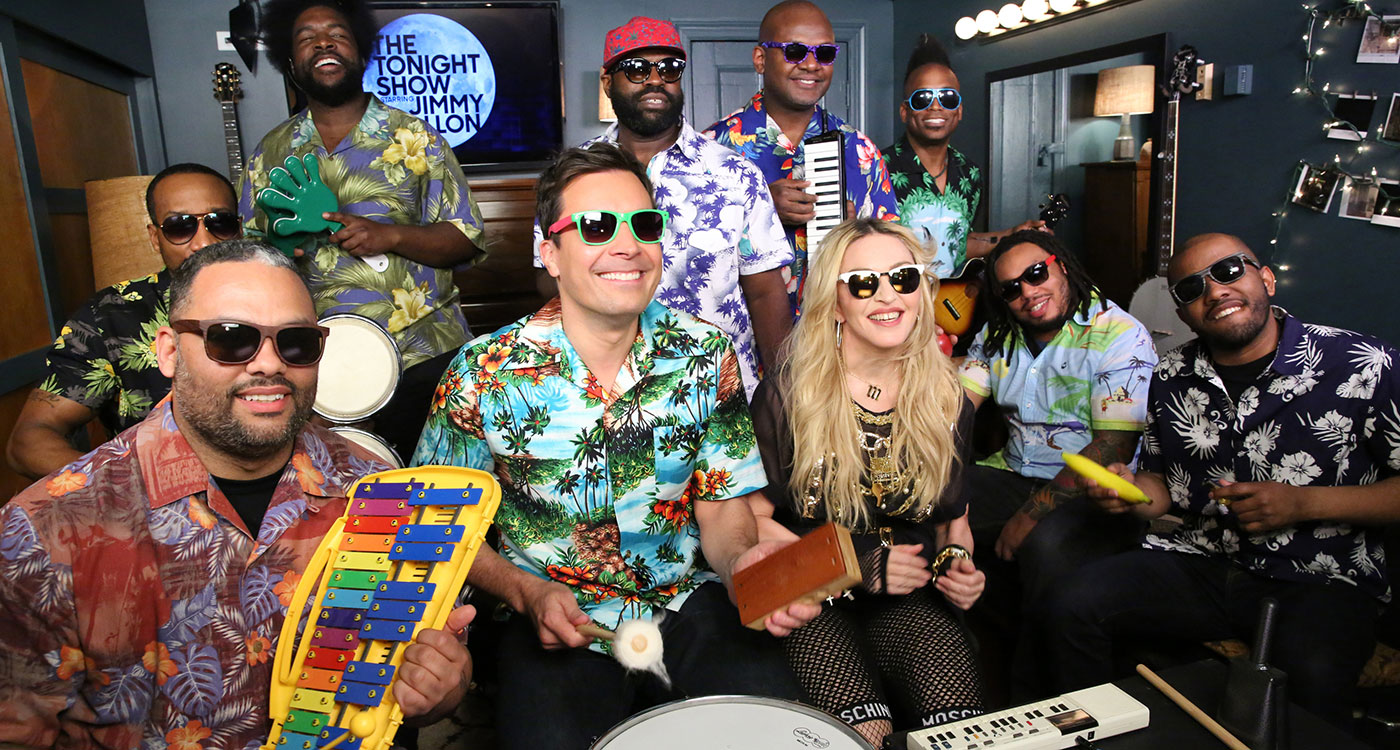 Madonna To Perform On "The Tonight Show" June 9th

“Where else besides ‘The Tonight Show’ and New York City can you have the President and the Queen on one show?,” said Jimmy Fallon.

Madonna last appeared on “The Tonight Show Starring Jimmy Fallon” on April 9, 2015, to perform her hit single “Bitch I’m Madonna” and to fulfill her dreams of performing stand-up comedy.

“The Tonight Show Starring Jimmy Fallon” is America’s #1 late-night talk show, out delivering his time- period competition on the broadcast networks in every key ratings category. This season, “Tonight” has averaged a 1.03 rating in adults 18-49 and 3.7 million viewers overall, and has topped its ABC and CBS time-slot competition during 36 of 36 weeks in both 18-49 and total viewers.

From Universal Television and Broadway Video, “The Tonight Show Starring Jimmy Fallon” is executive produced by Lorne Michaels and produced by Josh Lieb. Gavin Purcell produces. “The Tonight Show” tapes before a live studio audience from Studio 6B in 30 Rockefeller Center.

Comments
3
You must be a logged-in member to add comments.
SIGN IN / SIGN UP
June 11, 2016 posted by rayofl98
Madonna Shines
Madonna you truly shined with your beautiful performance of Borderline on The Tonight Show and you looked fabulous!
June 11, 2016 posted by Richard1952
ME
Jimmies, tri 2 luv....me
June 08, 2016 posted by bobcgn
Excited
Looking forward to see if she will announce something new ...Single ? DVD ?
Newer comments    1 - 3 of 3    Older comments