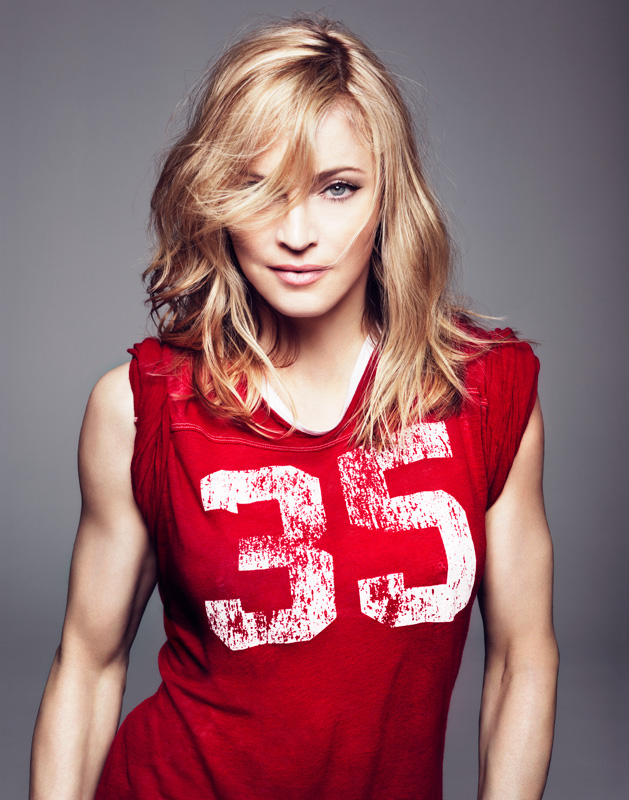 GLAAD told The Associated Press on Saturday that the singer has been chosen to give Cooper the Vito Russo Award at the 24th annual GLAAD Media Awards in New York City on March 16.

GLAAD President Herndon Graddick says Madonna and Cooper are longtime friends who have both used their careers to support lesbian, gay and transgender people.

Cooper declined to speak publicly about his sexuality for years. But last July he gave blogger Andrew Sullivan permission to publish an email in which Cooper said he was gay and "couldn't be more happy."

Russo helped found GLAAD and wrote a book about gay people in the movies called "The Celluloid Closet."
Comments
10
You must be a logged-in member to add comments.
SIGN IN / SIGN UP
April 07, 2013 posted by doni
In love with Madonna
Would like to be with Madonna. I would marry you MADONNA!
March 17, 2013 posted by tprince69
Boyscout
I love a lady in uniform!! Seriously- great presentation. Sign me up for the revolution!
March 17, 2013 posted by nil_aycan
Amazing
Your speech was amazing Madonna.. It has influenced me deeply. Thank you for reflecting your power and courage to all the people.. We are with you on that revolution!
March 16, 2013 posted by elicausi
Positive Influence
What an honour for both Madonna and Mr Cooper. I salute Mr Cooper's courage to take a stand and not be ashamed of who he is and who he loves, and Madonna for consistently trying to break those homophobic views and hatred by demonstrating to the world that we should not be judged by who we love, but who we are.
March 06, 2013 posted by runner
Thank you Madonna
Madonna, I have follow you since 1984 and as a gay christian I am proud to have you support the GLBTQ community. Thank you for all your help from day one. Peace
March 05, 2013 posted by xpdri
This is nice
I loved this. Our queen is the best.
March 05, 2013 posted by rabbitbunny
I AM HAPPY!
Congrats Madonna on being an inspiration to me! Keep the Fighting Spirit of Love! Live to Tell! Rabbitbunny from Outside of Baltimore! Love you Madge!
March 03, 2013 posted by LaIslaMaria
very nice M
a huge honor for anderson-i liked M when she was on his talk show last year-great interview !!
March 03, 2013 posted by cedritos
YAY!!!!
LOVE IT, SIMPLY LOVE IT...
March 03, 2013 posted by Antara
GLAAD Award
I am happy to know Madonna was chosen to give this award...This is another milestone in Madonna's career...She works hard always...
Newer comments    1 - 10 of 10    Older comments