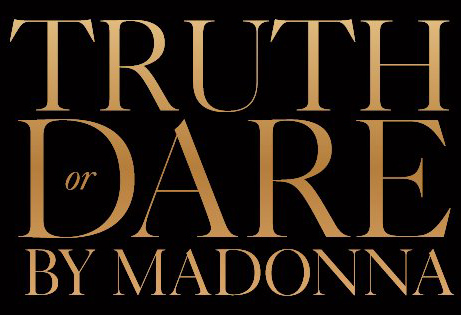 Madonna Will Soon Be Dancing In Her Own Shoes

March 12, 2012
Madonna is making her fashion mark again with a line of footwear under the new Truth or Dare label. The collection will launch for fall '12. Footwear will be the brand's second product launch, following a fragrance that will debut in April.

The initial footwear offering consists of more than 60 styles, including flats, heels, booties and over-the-knee boots, set to retail for $89 to $349. Many of the dance-inspired looks will feature studs and cap-toe details. Madonna's stylist, Arianne Phillips, will serve as the creative consultant. But Madonna herself will also have constant input into the line's development. "Her fingers are really on this brand," Phillips told Footwear News. "The first thing I did was remind her of all the shoes she wore over the years, and we took the styles that we can't live without. You can always depend on her to bring her style and provocateur quality, but she also has a very feminine perspective."

The shoe collection comes with the support of big retail players, including Nordstrom, Asos.com and Macy's, which also was the launch partner for Madonna's first retail project: the Material Girl line that hit in August 2010. This time, select stores will feature special displays to promote the Truth or Dare brand, and Selfridges in the U.K. will create a pop-up shop. The line also will debut at The Bay in Canada. Looking ahead, the plan is to expand the brand globally to Germany, France, Spain and Italy in 2013.

In addition to shoes, the Truth or Dare brand will launch intimates later this year.

Comments
3
You must be a logged-in member to add comments.
SIGN IN / SIGN UP
March 18, 2012 posted by malgosia
give it to me..:..shoes
Iove it Madonna , I am constantly searching web for shoes I have seen u wear especially when your rocking n shaking ur A** on stage they have to be comfy. Let's not forget the Bling-bling shoes from confessions n their were boots for walking n there are boots for .:.... U know what comes next.lol rocking. Yeah that will work. Please design a pair of comfy over the top crystal Bling-bling shoes, I love Bling-bling. God Bless you & yours in all that is 2 cum for the QUEEN now literally of dance flooor.
Much love. Xoxox Malgosia c u on tour maybe in the pits.:lol
March 13, 2012 posted by leatherwings
leatherwings
Madonna and shoes all in the same sentence? Almost too much to handle!!!!!! Can't wait to see them. You go Madonna!
March 12, 2012 posted by LaIslaMaria
GIRL STUFF
very excited for Madonna regarding the new "TRUTH OR DARE" brand....but when can us B.O.Y.S. have a brand to wear ?? PPLLEEAASSEE ?? : )
Newer comments    1 - 3 of 3    Older comments