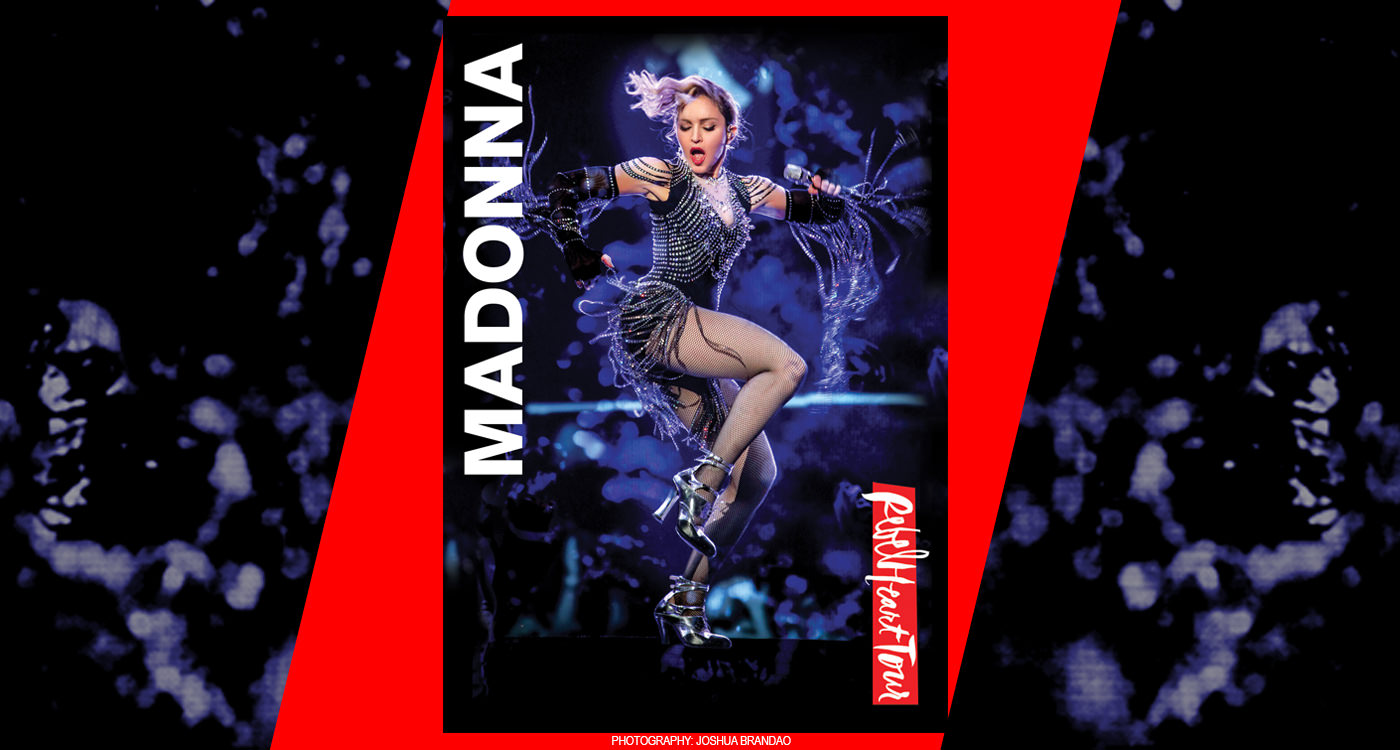 Madonna has announced that her record-breaking MADONNA: REBEL HEART TOUR will be released by Eagle Vision on September 15 on digital download, DVD and Blu-ray complete with bonus content, and an audio CD of highlights from her much-heralded tour.

The Material Girl will also release a live album featuring 22 songs from the Rebel Heart Tour, available on double CD and digital download.

The MADONNA: REBEL HEART TOUR film was recorded around the world and features both live and behind the scenes material, as well as previously unreleased footage culminating with performances at the Qudos Bank Arena in Sydney, Australia in March of 2016. MADONNA: REBEL HEART TOUR is co-directed by Danny Tull and Nathan Rissman, both of whom have worked extensively with Madonna on her feature films and tour movies. A version of the film previously debuted on Showtime in December 2016.

The tracklist for MADONNA: REBEL HEART TOUR film and live concert album span all decades of the iconic superstar's illustrious career, including songs from her chart-topping Rebel Heart album to classic fan favorites. Of particular note to longtime fans will be the new interpretations of some of Madonna’s timeless hits.

Produced by Live Nation Global Touring, the Rebel Heart Tour kicked off on September 9, 2015 in Montreal and visited arenas in 55 cities on four continents over seven months. Madonna performed 82 shows, plus the special “Tears Of A Clown” fan club show in Melbourne. The tour grossed $169.8 Million with 1,045,479 in attendance, making her the top grossing touring female artist in the history of Billboard Boxscore with over $1.31 billion in ticket sales sold over the course of her career. Madonna is also the fourth top grossing touring act since tracking began in 1990.

Comments
11
You must be a logged-in member to add comments.
SIGN IN / SIGN UP
August 16, 2017 posted by wjk121
Pre order
I still don't see the link. Happy Birthday Madonna. Hope to meet you inthe Ellen show one day ❤️
August 16, 2017 posted by gayumbodesparto
pre-order
Pre-order on August 16 but it's 14:47 and I can't see a pre-order link
August 15, 2017 posted by bronski
I Can;t wait!
Rebel Heart and Confessions Tour were the best! I can;t wait to buy it.
August 15, 2017 posted by traincar
Blessed to see this live
I am such a blessed lady. I was able to travel to Philly to see this tour live from the 6th row. I stood in tears as I watched the queen make history again with this amazing show. Thank you for putting it on dvd for us to enjoy over and over again. I cant wait till the next tour. Front row for me next time.
August 14, 2017 posted by Prayer
Amazing show! Can't wait for DVD
I saw the show in Torino (Turin) and was just blown away! It was a very personal show and was incredible from beginning to end. I love that she did 'Who's that Girl' but I would have also loved the medley that she did on alternate dates! Looking forward to that DVD!
August 12, 2017 posted by carlosg
rebel heart tour dvd
awesome
August 08, 2017 posted by deadchick
Paul
When will the DVD/cd be available to pre order in the Uk.
August 08, 2017 posted by gabrielz787
Finally
Finally get to relive this concert! Can't wait.
August 07, 2017 posted by Inspired25yr
A Complet True M (then till now)
Fabulous concert, loved the mix of then and now, in some respects it told a story. One of a women who against all odds never gave up because of that 'REBEL HEART' and became who she is today ICONIC. Our QUEEN MADONNA..I saw the concert twice it defied gravity, Madonna never stops , her voice so powerful yet so gentle as well. Each song still has that meaning to it. An experience I will never forget I have been to 7/8 concert but this one Well !!!
July 27, 2017 posted by str8boypatryk
One of M's BEST Tours
Personally, I think the Rebel Heart Tour was her most personal tour. The set list was even fluid show to show - meaning Madonna really did engage the audience - like never before!! The result left me breathless - both times I saw it - Los Angeles and San Diego!! Cant Wait!!
July 20, 2017 posted by madonna4sex
this is fab
sweet
Newer comments    1 - 11 of 11    Older comments